At least 18 people have died following an earthquake in Italy

An earthquake occurred in Italy overnight.

At least 18 people are believed to have been killed following an earthquake which struck central Italy. The 6.2-magnitude earthquake hit areas near Rome including Umbria, Accumoli, Amatrice, Posta and Arquata del Tronto.

It's believed the earthquake hit at around 3:30am local time with several smaller aftershocks.

According to Sky News, The European Mediterranean Seismological Centre said the epicentre was northeast of Rome, near Norcia in Umbria. 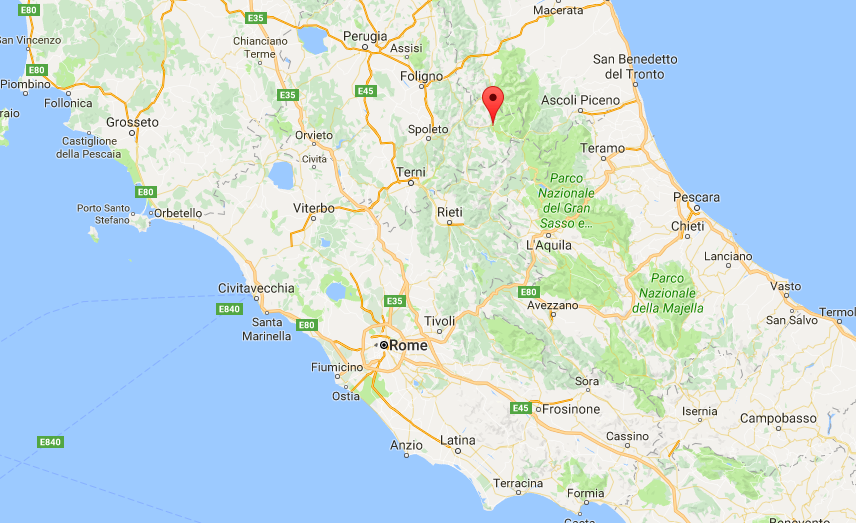 END_OF_DOCUMENT_TOKEN_TO_BE_REPLACED

The death toll could rise as emergency services continue to search through debris and rubble in the towns. Numerous buildings have collapsed in villages and towns close to the epicenter of the quake.

Sergio Perozzi, Mayor of Amatrice, said "The town isn't here anymore. The aim is now to save as many lives as possible. There are voices under the rubble, we have to save the people there."

popular
Anne Hathaway shares disappointing news about The Princess Diaries 3
Love Island's Zara's brother reveals the real beef going on between her and Olivia
Gwen Stefani reportedly pregnant with baby number four
Funeral of Cork toddler takes place after choking accident
Here Are The Top 20 Most Common Pin Codes in The World
Baby dies next to mother who drank 'two or three' bottles of wine then fell asleep
Why Are Men so Obsessed With Boobs? The Answer is Pretty Surprising...
You may also like
2 weeks ago
Gardaí are reviewing "helpful, new" information in Sophie Toscan du Plantier case
3 weeks ago
Ireland set to ban "cruel process" of conversion therapy
4 weeks ago
Brutal details emerge in Bruna Fonseca investigation
1 month ago
29 puppies rescued from illegal trafficking at Belfast Port
1 month ago
Status Orange low temperature weather warning in effect for today
1 month ago
Gardaí issue new appeal in Sophie Toscan du Plantier case
Next Page