Barry Chuckle of the Chuckle Brothers has died aged 73

His manager has confirmed the news

Barry Chuckle, one half the comedy duo the Chuckle Brothers, has died at the age of 73.

The comedian, real name Barry Elliott, was known for his slapstick routines, visual humour, and recurring catchphrases "To me (to you)" and "oh dear, oh dear" along with his brother, Paul.

"It is with great sadness that the family announce that Barry passed away peacefully in his home surrounded by his wife Ann and all his family."

"The family would like to express their thanks to the many people who have been fans of the Chuckle Brothers and they know that they will share in part the great, great loss they feel." 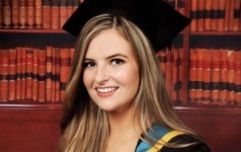 END_OF_DOCUMENT_TOKEN_TO_BE_REPLACED

His longtime comedy partner Paul Chuckle said: "I've not just lost my brother, I've lost my theatrical partner of many, many years and my very best friend."

The pair were famous for their hit sketch show ChuckleVision, which celebrated its 21st series in 2010, but have been performing on television since winning the talent competition Opportunity Knocks in 1967.

The Chuckle Brothers returned to television screens this year with a new series called Chuckle Time, a Saturday night entertainment format for Channel 5.

Elliott also appeared in the short film about Joseph Grimaldi called The Funniest Man in the World in 2017.

So sorry to hear of the death of Barry Chuckle aged 73 this morning, a great entertainer who has been making people laugh for so long. Our family loved his act with his brother, R.I.P. Barry 😭 pic.twitter.com/U03zlVCLnR

💔 R.I.P. Barry Chuckle. Such a lovely, funny & genuine man. It was a pleasure to meet you #barrychuckle #chucklebrothers pic.twitter.com/A8UkTlY9Kt

The Chuckle Brothers were my childhood (and beyond). So sad about Barry Chuckle 💔 pic.twitter.com/rGqWxu9fbG

RIP Barry Chuckle. A massive part of my childhood. Not a day went past without laughing at his antics #ToMe #ToYou

popular
A celebrity hairstylist just shared a genius hack for the perfect messy bun
What we can expect from Emily in Paris seasons 3 and 4
Here are all the Instagram accounts of the stars of Netflix's Cheer
Penneys has a new homeware collection – and it looks so high-end
YouTube star Adalia Rose dies, aged 15
Here's what happens on every day of your menstrual cycle (roughly)
Ashling Murphy will be laid to rest in Tullamore on Tuesday
You may also like
2 days ago
Hundreds attend vigil at the Dail in remembrance of Ashling Murphy
2 days ago
Gardaí identify "person of interest" over Ashling Murphy murder
2 days ago
Men and boys need to face the "epidemic of violence" against women, says Tánaiste
2 days ago
5k walk in aid of Women's Aid to take place in honour of Ashling Murphy
2 days ago
Here are all the vigils taking place for Ashling Murphy today
3 days ago
Man arrested in connection with Ashling Murphy murder released, Gardaí say he is "no longer a suspect"
Next Page