It said the article deals with "a matter worthy of investigation".

The BBC has defended an article posted on its site which featured interviews from lesbians who said they felt pressured into sex by trans women.

The piece, titled 'We’re being pressured into sex by some trans women', received thousands of complaints and has been called “transphobic and poorly evidenced”. 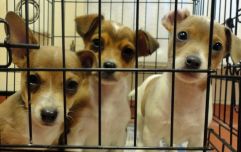 END_OF_DOCUMENT_TOKEN_TO_BE_REPLACED

The article set out to question whether a lesbian is transphobic if she does not want to have sex with trans women.

Several interviewees shared their experiences of receiving criticism for not wanting to have trans women as sexual partners.

One woman claimed: "I had someone saying they would rather kill me than Hitler.”

In addition, the artcicle featured a survey of 80 lesbians, of which 56 per cent said they had felt pressured or been coerced into sex with a trans woman.

Trans Activism UK, a campaign group for trans equality, sent a letter to the BBC containing over 20,000 signatures condemning the article. The group highlighted how it incorrectly frames the issue as a widespread one rather than the experience of a few.

In a statement on Monday, The BBC said it had received "a wide range of feedback from those who find the article challenging as well as those who welcome its publication”.

In response to the accusation that it frames the issue as a widespread one, it added that the article itself states there is "little research in this area”. END_OF_DOCUMENT_TOKEN_TO_BE_REPLACED

It added that the piece went through "a rigorous editorial review process and fully complies with the BBC’s editorial guidelines and standards”.

While the BBC has stated it has considered all feedback, it will not be removing the article any time soon.

"The journalist’s work involved months of speaking to many people about the topic and the article includes testimony from a range of different sources and provides appropriate context," it said. "As a public service broadcaster we explore a wide range of issues and perspectives. And we believe it deals with a matter worthy of investigation."

popular
Gardaí investigating woman's death after body found in apartment
Cavan parents remember teenage son as "character of the family" on emotional PrimeTime interview
These are the top baby names for 2022
Madeleine McCann investigators say they've found new clues that could "heavily incriminate" suspect
People are only realising Kendall Jenner and Gigi Hadid are related and the reactions are gas
Teen who pushed girl “head first” under Dart to face trial in adult court
Emmerdale star Toby Kirkup died hours after being discharged from hospital, inquest finds
You may also like
1 day ago
The third and final season of Happy Valley is in the works
1 week ago
Eastenders fans "devastated" as Danny Dyer announces he's leaving the soap
2 weeks ago
WATCH: The trailer for the final season of Peaky Blinders is here
1 month ago
WATCH: The teaser trailer for Killing Eve season four is officially here
2 months ago
Brendan O'Carroll mourns tragic loss of Mrs Brown's Boys crew member
2 months ago
The Crown set to recreate Princess Diana's Panorama interview
Next Page