The factory was allegedly paying their workers just £3.50 an hour.

Boohoo has promised to investigate one of its suppliers over claims that staff were being made to work for less than the minimum wage. The factory in Leicester, England, which seems to be owned by Jaswal Fashions, had people working for just £3.50 (€3.88) an hour when the hourly minimum wage for over 25s in the UK is £8.72 (€9.66).

The site continued to operate during lockdown and has also been accused of not following appropriate safety measures. 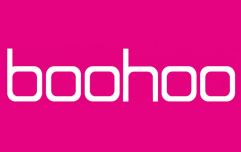 END_OF_DOCUMENT_TOKEN_TO_BE_REPLACED

Boohoo said that they were "very grateful" that these supposed conditions had been reported and said that it was "totally unacceptable". They told investors yesterday that they will end their relationship with any supplier they find to have broken their code of conduct.

In a statement to the stock market, Boohoo said:

"We will not hesitate to immediately terminate relationships with any supplier who is found to not be acting within both the letter and spirit of our supplier code of conduct.

"This includes very clear expectations on transparency about second-tier suppliers."

Despite their reassurances to the market, however, shares plummeted during early trading.

"The fact that there are not proactive checks in place already at Boohoo is disappointing, given their prominent place in the market and claims of high ethical commercial standards.

"Their immediate steps to investigate should have already been built into their core supply chain management process and robust continual audits on their suppliers should have been in place." 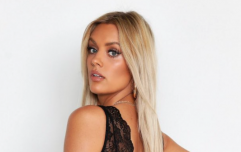 'Disgusting and damaging': People are tearing into Boohoo over this size description

END_OF_DOCUMENT_TOKEN_TO_BE_REPLACED

Speaking to Sky News at the weekend, British Health Secretary Matt Hancock said that there are "quite significant concerns" about the employment practices at clothing factories in Leicester. He warned these factories that the government has the power to shut them down if they are seen to not be following proper coronavirus guidelines.

popular
Gwen Stefani reportedly pregnant with baby number four
Molly-Mae Hague fans think they officially know her baby's name – and it means cloud
Anne Hathaway shares disappointing news about The Princess Diaries 3
Jennifer Lawrence Speaks Out About Liam Hemsworth Relationship
Tasha Ghouri hits back at another islander who called her relationship fake
Joanna Cooper heartbroken after her mum is diagnosed with dementia
"I feel like I lost myself": Nathalie Lennon on her mental health struggles and her latest project with Pieta
You may also like
4 months ago
Here's why people aren't buying Kourtney Kardashian's collaboration with Boohoo
4 months ago
Kourtney Kardashian is the latest celeb ambassador for Boohoo
5 months ago
Gemma Owen reportedly "in talks" for a six-figure fashion deal
1 year ago
Boohoo is launching a Bratz range to transport us back to the 2000s
2 years ago
Boohoo set to buy Debenhams online store
2 years ago
Coast has launched its Irish website and the summer collection is to die for
Next Page