We already know that men's toiletries are usually much cheaper than the women's counterparts with women paying up to 48% more, but now some action against this glaring discrepancy has been taken.

Pharmacy retailer Boots has responded to a recent Change.org petition calling for the store to change its sexist pricing regime.

Boots own-brand razors retailed at £2.29 for women's razors, and £1.49 for a pack of ten for men, and there was also a massive difference in price for eye creams. 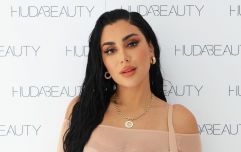 END_OF_DOCUMENT_TOKEN_TO_BE_REPLACED

A spokesperson for Boots told The Guardian:

“We immediately conducted a review on all Boots own-brand and proprietary ranges to better understand the cited examples. This review has reassured us that for Boots own brands the two reported examples, Boots disposable razors and Botanics eye roll-on, are indeed exceptional cases which do not completely meet our principles and we are taking action to correct these prices."

Boots has also asked its suppliers to review their own pricing practices but said that any changes would be up to the companies themselves. This shows that customer agitation and pressure can somewhat improve things for the average woman's bank balance.

popular
Smyths issues warning to parents ahead of Christmas
An All-Stars I'm A Celeb is officially happening
Riverdale actor Ryan Grantham charged with murder of his mother
So, William and Harry have a step sister... and who knew?
Marnie Simpson reveals her baby boy has plagiocephaly
Netflix's true crime series Sins of our Mother is seriously insane
Post Malone dramatically falls through stage during concert
You may also like
10 hours ago
'No-nicure' – natural, nude nails are hot – and here are the 5 shades everyone needs
6 days ago
'Cosy blonde' is the low-maintenance hair colour we all want this autumn
1 week ago
Skin positivity: Dealing with so-called 'bad' skin - inside and out
2 weeks ago
Fit for a princess: 7 iconic beauty products royals can't live without
2 weeks ago
Heading abroad? Here are 5 beauty essentials everyone needs to add to their suitcase
2 weeks ago
Time to glow: 4 amazing serums that will visibly change your skin in just days
Next Page