The stork is on the way to Downing Street again.

Earlier today, Carrie Johnson, 33, took to Instagram to reveal she is pregnant with her second child – and that the baby is due in December.  Her first baby, Wilfred Lawrie Nicholas Johnson, was born in April last year.

The baby will be the British Prime Minister's seventh child.

In her raw and honest private social media post, Mrs Johnson revealed she suffered a miscarriage earlier this year that left her 'heartbroken.' 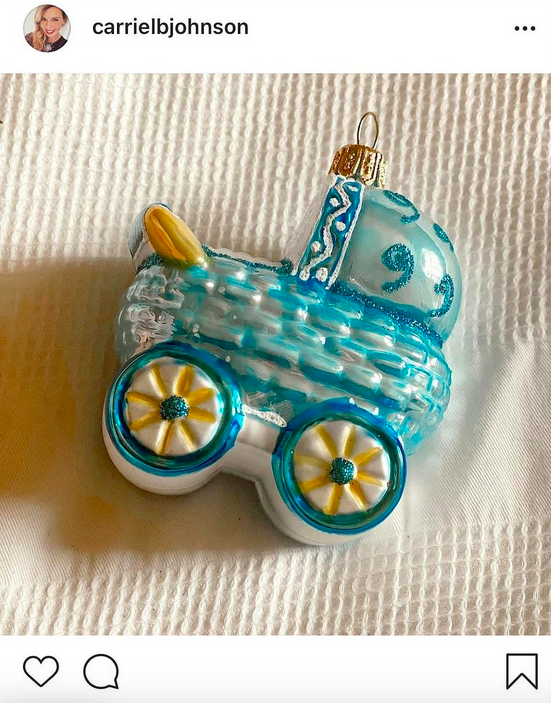 In a message to followers, Carrie, who was appointed head of communications for animal conservation group the Aspinall Foundation earlier this year, wrote:

END_OF_DOCUMENT_TOKEN_TO_BE_REPLACED

"Hoping for our rainbow baby this Christmas. At the beginning of the year, I had a miscarriage which left me heartbroken.

'I feel incredibly blessed to be pregnant again but I've also felt like a bag of nerves. Fertility issues can be really hard for many people, particularly when on platforms like Instagram it can look like everything is only ever going well.

'I found it a real comfort to hear from people who had also experienced loss so I hope that in some very small way sharing this might help others too." 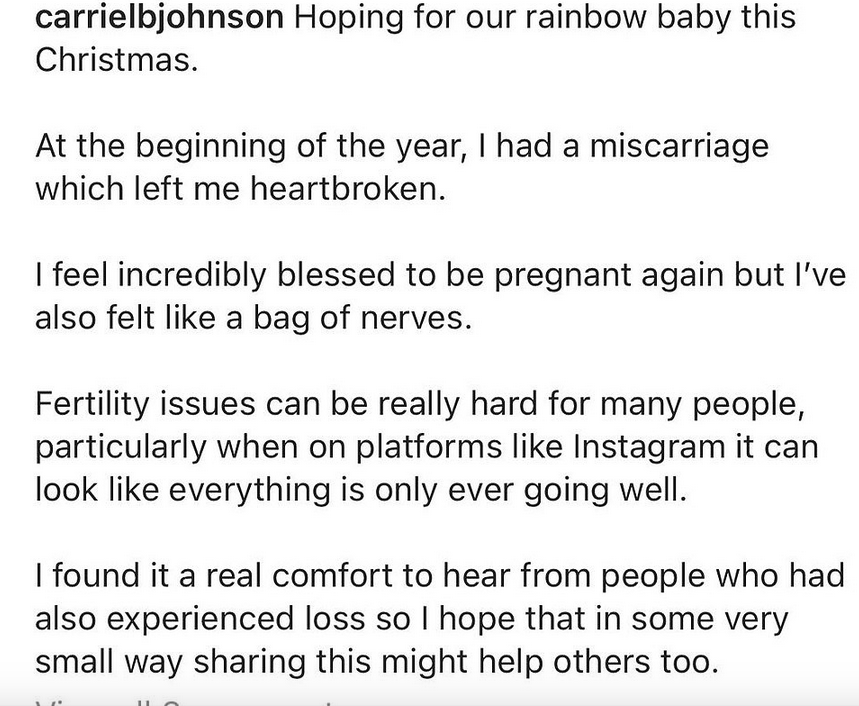 Boris and Carrie married in a secret ceremony at Westminster Cathedral back in May this year, in front of a handful of close friends and family.

Their one-year-old son Wilfred attended the wedding, as did two official witnesses.

popular
Couple decide to live on cruise ship permanently after finding it's cheaper than paying mortgage
Siobhan O'Hagan reveals she's expecting her first child
Police believe they know what happened to missing dog walker Nicola Bulley
Gwen Stefani reportedly pregnant with baby number four
Sad news for the royal family as Princess Beatrice's puppy dies from poisoning
Woman calls for child-free suburbs because she doesn't want to live near screaming children
Going on solo holidays is good for mothers, science says
You may also like
9 hours ago
Bride asks for divorce day after wedding following groom's disrespectful cake stunt
6 days ago
Identical twins trying to get pregnant at same time with shared fiance
2 weeks ago
Jeremy Clarkson emails Meghan Markle to apologise for 'disgraceful' column in which he said he 'hated' her
4 weeks ago
MMA star explains how OnlyFans page has supported her career in sport
1 month ago
Horrific story of man and girlfriend eaten alive by grizzly bear while filming entire ordeal
1 month ago
Andrew Tate releases statement following Romania arrest
Next Page