Two years ago, Belfast bakery Asher's was asked by LGBT activist Gareth Lee to bake a cake for a private function marking the International Day Against Homophobia.

It was to feature Bert and Ernie from Sesame Street and bear the slogan: 'Support Gay Marriage'. However, the bakery refused to make the order on religious grounds and was taken to court, where they were made pay £500 in damages to Lee.

However, the bakery is now beginning its appeal of this decision which was made last March according to RTÉ News. 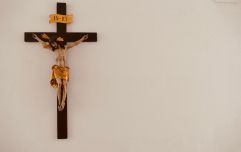 END_OF_DOCUMENT_TOKEN_TO_BE_REPLACED

Lee had said that the refusal to make the order made him feel like 'a lesser person' but owner Daniel McArthur maintains it was not done out of hatred:

"It was clear we did not hate anyone. We didn't want to discriminate against anyone. We did what we did because of our Christian beliefs.'

Northern Ireland is currently the only part of Ireland and the UK where same-sex marriage is not yet legal, and two couples are currently going through the courts as part of a judicial review to change this.

popular
Police in US deny Brian Laundrie DNA rumours
You stars Victoria Pedretti and Dylan Arnold spark romance rumours
TikTok star arrested and charged with murder of estranged wife
Bake Off fans not able for Prue's innuendos last night
Channel 4's Breastfeeding My Boyfriend doc criticised for contributing to stigma
The most popular baby names in Ireland have been released in Statistical Yearbook 2021
Apparently, THIS is the reason why Louise Redknapp split from Jamie Redknapp
You may also like
1 year ago
Catholic symbols are being phased out of state secondary schools - and it's about time
1 year ago
On TG4 tonight, Evanne Ní Chuilinn tells her story of being adopted from an Irish Mother and Baby Home
2 years ago
Oireachtas committee calls for religion to be removed from sex education in Irish schools
3 years ago
Justin Bieber's going in a totally different direction with his next album
3 years ago
Religion to be made optional subject for secondary school students
4 years ago
This is officially the most Catholic county in Ireland
Next Page