19-year-old Jack Dinan has been missing since Tuesday.

Gardaí in Ennis are appealing to the public for assistance in tracing the whereabouts of 19-year-old Jack Dinan, who has been missing since Tuesday, October 31.

Jack was last seen at his home on Considine Road in Ennis at approximately 10am on Tuesday morning.

He is described as being six feet tall, of slim build with black hair. He wears a tooth brace on his upper teeth. Jack may have been wearing a grey hoodie top and a grey spot camouflaged jacket when he left home. 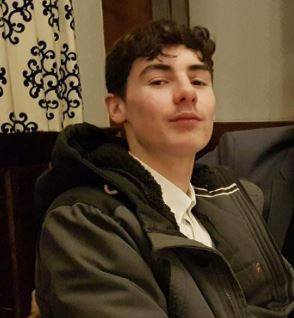 END_OF_DOCUMENT_TOKEN_TO_BE_REPLACED

Jack is believed to be armed with a rifle and ammunition and may be in possession of a green rucksack. His family are urging him to contact home.