After days of radio silence, Conor McGregor has made his return to social media.

Conor posted an image of himself and his entourage being papped by photographers on the way to his car in New York City to Instagram, captioning the picture with a simple prayer hands emoji.

He also shared an image of himself with his family, other half Dee Devlin and son Conor Jr, in what appears to be a hotel room.

It's believed that he'll fly home to Dublin this week by private jet.

END_OF_DOCUMENT_TOKEN_TO_BE_REPLACED

The fighter was released on bail by New York City police after a $50,000 jail bond was paid though he will have to return at a later date for sentencing.

He could be facing prison time for his rampage at Brooklyn's Barclay Centre on Thursday after he was charged with three counts of assault and one of criminal mischief.

The counts carry heavy sentences, including a maximum of 11 for criminal mischief. 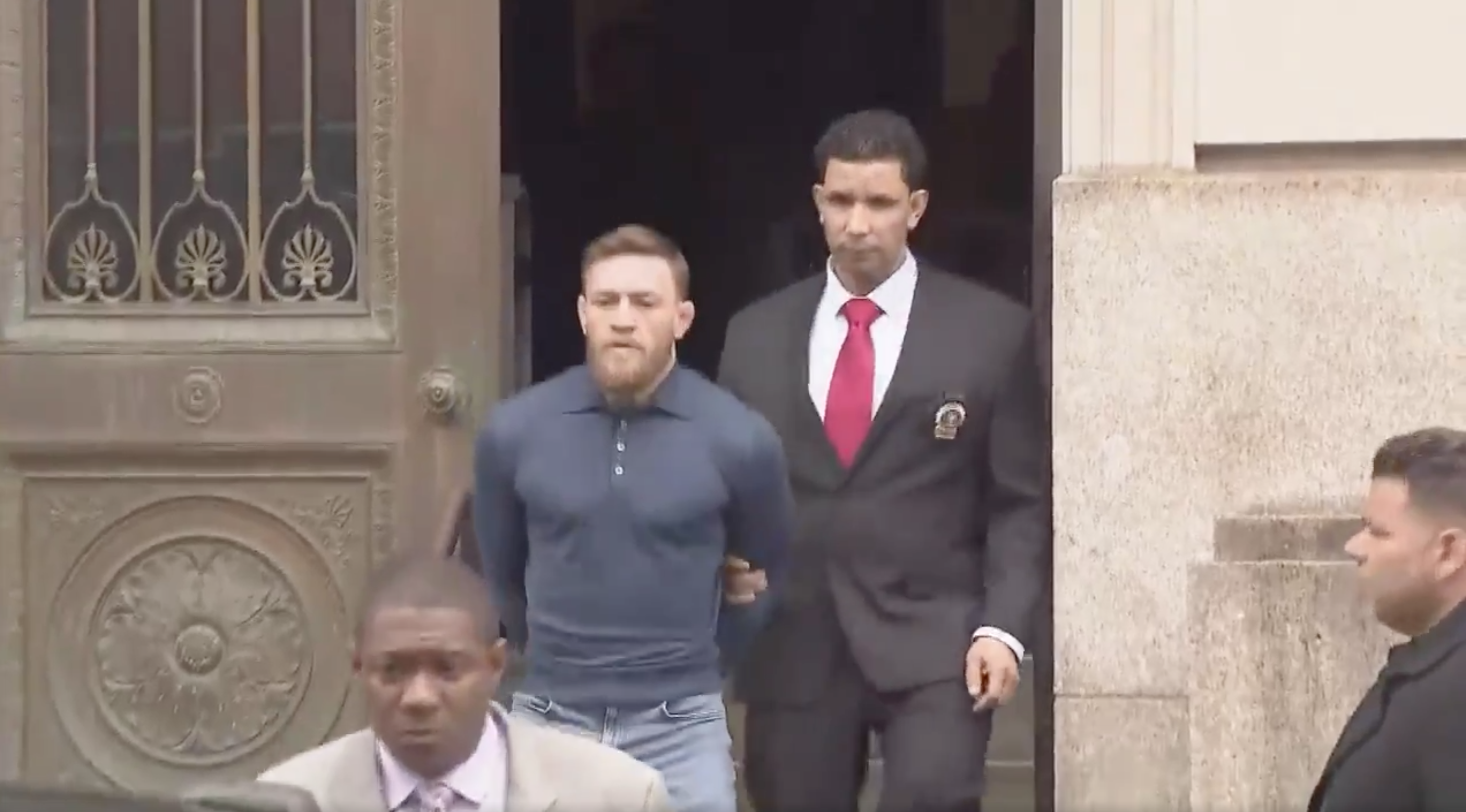 Meanwhile, Conor's gang of "hangers-on and yes men" have been blamed for his bad behaviour.

"Conor is a good guy," a source told The Sun.

"He is more committed and hard working than anyone else out there. But after the Mayweather fight, he let loose and went a bit off the handles.

"This is exactly the kind of incident we worried about. The old friends are still trying to help him but a lot have been pushed away. Hopefully this is the fright he needs to sort himself out."

popular
Celine Dion, 54, diagnosed with incurable neurological disease
HSE advises children with sore throat, cough and fever should stay at home
Fans are feeling seriously sorry for Molly Mae Hague after resurfaced interview
He may be a politician, but Leo Varadkar's personal life is none of our business
Maura Higgins claims she was left by designer who went to style someone else at an award show
Here are our top picks from this week's Lidl Toy Event
Joanne McNally discusses her experience with bulimia
You may also like
1 month ago
Vicky Pattison hits out at Instagram for removing post due to "hate speech"
2 months ago
Experts reveal how often you should actually wash your hair
4 months ago
Adam Collard's friend basically confirms he's playing a game to get to the Love Island final
4 months ago
Luca Bish's sister is forced to quit social media following backlash about her brother
6 months ago
Roz Purcell wants people to stop asking when she’s going to have kids
7 months ago
Britney Spears says she's taking a break from social media while pregnant
Next Page