Two men have been arrested on suspicion of murder.

A couple who were sadly killed at their Somerset home while their children slept upstairs have been named by police, ITV reports.

Stephen Chapple, 36, and Jennifer Chapple, 33, were found with fatal injuries at the house in the village of Norton Fitzwarren on Friday 21 November. They were pronounced dead at the scene.

END_OF_DOCUMENT_TOKEN_TO_BE_REPLACED

The tragic incident has sparked a double murder investigation.

The two children - two boys, aged five and six - are now being looked after by family members.

Two men have since been arrested on suspicion of murder. Police believe it was an isolated incident.

According to Sky News, one of the men has since been released under investigation while the other man, understood to be an immediate neighbour, remains in custody.

Neighbours and friends have paid tribute to the couple who have been described as "Kind and welcoming", as well as "wonderful parents".

Mr Chapple worked at West Somerset College as a teacher. Gregg Mockridge, the headteacher of the school, said he was a fantastic colleague.

END_OF_DOCUMENT_TOKEN_TO_BE_REPLACED

“Steve was... a brilliant teacher that cared deeply about the students in his care.

"He led innovations in the use of technology across the school as well as within his own teaching.

“Steve will be sadly missed by all staff and students and our thoughts and prayers go out to his children and wider family at this time.”

One neighbour told ITV she had been friends with Ms Chapple for a long time. 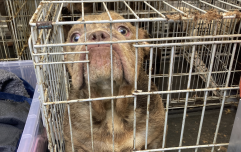 END_OF_DOCUMENT_TOKEN_TO_BE_REPLACED

Flowers and tributes have been placed on the family's street outside a police cordon.

One read: "So many things I would like to say but with a broken heart I have no clue how to say them.

"Thank you for the laughter, joy and craziness you brought into my life. And thank you for sharing your family love with me. Forever in my heart."

popular
Rob Kearney and Jess Redden arrive at wedding venue ahead of big day today
Irish man in his 20s dies after being kicked by a horse
Tributes paid to 29-year-old Irish woman who tragically passed away on holidays
These are the most popular baby names for 2021
Stacey Solomon mortified after walking around shop in see through leggings
Shoppers have a big sleepover in Ikea after being snowed in
Little Mix break down in tears following split announcement
You may also like
2 days ago
Norma Foley addresses concerns over schools staying closed in January
2 days ago
An Post reduces gender pay gap from 3.7% to zero
2 days ago
Woman's body discovered in Co Clare waters as investigation launched
2 days ago
Celebrations as Ireland make history beating Georgia 11-0 in World Cup Qualifier
2 days ago
Weather warning issued to motorists ahead of "unpredictable" conditions
2 days ago
Taoiseach is "not entirely comfortable" with children wearing masks in school
Next Page