#Covid-19: Gardaí set up checkpoints on major roads across the country to stop Easter travel

Operation Fanacht is now in place.

An Garda Síochana has announced that it has set up checkpoints across the country in an attempt to curb Easter Weekend travel.

Operation Fanacht will be in place from noon on Wednesday (8 April) until Monday night (13 April), and will see 2,500 Gardaí working at checkpoints at any time.

In a press conference on Wednesday morning, Commissioner Drew Harris announced that permanent checkpoints were being erected on major roads across the country, saying: "We are sending a clear message, if you're travelling outside the two kilometre limit unnecessarily, you will be turned back."

Gardaí said that Operation Fanacht is focused on ensuring compliance with travel restrictions with the aim of saving lives.

Drew Harris also addressed reports of people travelling to holiday homes for Easter weekend, suggesting that if that has happened, that those who have done so will be obliged to treat their holiday home as their residence for the weekend:

"If you're at your holiday home already, that's your place of residence now and that's where you should be," he said.

Deputy Commissioner of Policing and Security, John Twomey said: "This significant policing operation is designed to support travel restrictions put in place to help flatten the curve and save lives.

"There has been very good compliance with the travel restrictions and we want to thank the public for this. However, it is vital that this continues over the coming days and over the weekend. This will save lives. 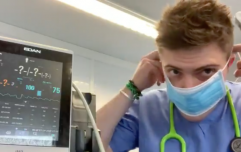 END_OF_DOCUMENT_TOKEN_TO_BE_REPLACED

"In particular, we would ask people who are thinking of travelling to parks, natural beauty spots or holiday homes outside of the two kilometre limit not to do so. We are sending them a clear message that if they are stopped at a checkpoint they will be turned back."

John Caulfield, Interim CEO of the Road Safety Authority (RSA), also stressed the importance of safe driving in these conditions.

"While the roads will have less traffic than normal over the Easter Bank Holiday Weekend it doesn’t mean that there is no danger on the roads. People will be out exercising by going for a walk or cycle," Caulfield said.

"So, I’m asking drivers to watch out for vulnerable road users and to slow down. Never has it been more important to practice good road safety habits because every crash and injury we prevent means we are putting less pressure on our first responders and health professions at a time of national crisis."

Gardaí will now be able to arrest and detain those found to be in breach of the regulations - such as travelling for non-essential purposes, or exercising outside of a two kilometre radius from one's home.

The announcement of the Garda operation comes after Minister Simon Harris urged people to stay at home this weekend.

popular
Staycation: TripAdvisor reveals the top 10 hotels in Ireland for 2020
War Paint: Ireland's first makeup brand for men has just launched
Rupert Young, twin brother of Will Young, passes away, aged 41
WATCH: The trailer for Netflix's Ratched is here
QUIZ: How well do you know The Young Offenders?
WATCH: Sneak peak of Paul Mescal in latest Rolling Stones' music video
"Deeply and unreservedly sorry:" Ryan Reynolds apologises for marrying on former slave plantation
You may also like
1 week ago
Wearing a mask may dictate how sick you get with Covid, says new report
1 week ago
Grey's Anatomy will tackle the Coronavirus in season 17 and its impact on frontline staff
2 weeks ago
Mask up: 5 seriously stylish face masks to order now (because they will sell out)
2 weeks ago
Coronavirus: There's been a mixed reaction to the news that Phase 4 will be delayed
3 weeks ago
New parents set to get three extra weeks parental leave
3 weeks ago
IVF in the time of Covid-19: What will change and where do we go from here?
Next Page