Making a Murderer fans are still reeling from the news that Brendan's Dassey conviction has been overturned.

As the Netflix documentary showed, Brendan, who confessed to being a co-conspirator in the rape and murder of Teresa Halbach, was coerced into doing so after numerous interrogations by members of the Manitowoc County Sheriffs Department.

An excerpt from the Milwaukee judge who overturned Dassey's conviction read:

"These repeated false promises, when considered in conjunction with all relevant factors, most especially Dassey’s age, intellectual deficits, and the absence of a supportive adult, rendered Dassey’s confession involuntary under the Fifth and Fourteenth Amendments….

IT IS THEREFORE ORDERED that Brendan Dassey’s petition for a writ of habeas corpus is GRANTED. The respondent shall release Dassey from custody unless, within 90 days of the date of this decision, the State initiates proceedings to retry him". 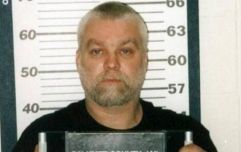 END_OF_DOCUMENT_TOKEN_TO_BE_REPLACED

Brendan's uncle, Steven Avery, was charged with the murder of Halbach, mutilation of a corpse and illegal possession of a firearm after Avery's blood was found in her vehicle.

His defense team has always argued that this evidence was planted and his conviction is now under appeal.

Dean Strang, a lawyer who together with colleague Jerry Buting, defended Steven Avery, has spoken out about the overturned conviction.

In a statement to The Huffington Post, he wrote;

"Brendan’s statements were involuntary ― by the standards of common sense and decency that most Americans apply in their own lives, as well as under binding law that the Wisconsin courts repeatedly failed to apply.

“His statements were also wholly unreliable and flatly wrong on essential details, which is one of the obvious risks of coercing a statement from someone in custody.

"Our federal courts are often the last protectors of our liberties and justice. We are thankful and proud that a federal court fulfilled its fundamental role for Brendan Dassey today. In doing so, this federal court served all Americans".

You can read what Jerry Buting had to say on the developments here.