While the Taoiseach visited France this week, updating us with vlogs, Simon Coveney took the leaders’ questions in the Dáil.

Busy battling his own #CoveneyforTaoiseach demons, he wasn’t prepared to expend much energy on pesky questions from female TDs about sexual violence in Ireland and the government’s consistent will to ignore the problem.

Coveney barely deviated from the years’ old script on why the funding for a second Sexual Violence in Ireland Report (SAVI) has yet to be found.

END_OF_DOCUMENT_TOKEN_TO_BE_REPLACED

In response to a question from Mary Lou McDonald about the administration’s intended plan of action, Coveney said that the government wouldn’t dream of not doing the ‘right thing’, as long as the ‘right thing’ really is necessary.

The elusive ‘thing’ in this case is an update of the SAVI Report.

Initiated in 2002 by the Dublin Rape Crisis Centre, the report was ‘groundbreaking’ for Irish society as Minister Coveney put it.

Yet, despite numerous election-time promises over the past six years, the government has refused to fund a second SAVI.

END_OF_DOCUMENT_TOKEN_TO_BE_REPLACED

SAVI was the first report in the state to look at the scale of sexual violence in Ireland.

Until it was published, data on sexual violence was gathered from the numbers of people reporting to the Gardaí and court statistics, which meant that those who never entered the criminal justice system through the Gardaí or accessed frontline services or rape crisis centres were invisible.

They were the ‘silent majority’ of victims of sexual crimes in Ireland and SAVI was one of the first times there could be collective acknowledgment of their abuse, pain and trauma.

END_OF_DOCUMENT_TOKEN_TO_BE_REPLACED

SAVI was a way to tap into those voices and to get a true understanding of the prevalence and scope of sexual violence in Ireland.

"We think that if 10% of the people affected by sexual violence are accessing any of the rape crisis centres around the country then that’s realistic," said Noeline Blackwell, Director of the Dublin Rape Crisis Centre.

But how can we know that sexual violence extends from childhood to adulthood, that it exists across gender, sexuality, age and class, if the majority of victims don’t report?

We know it because of the SAVI study.

Its findings were so shattering that the lead author of the report, Professor Hannah McGee, worried whether it could even be believed. SAVI found that one in five adults in Ireland had been raped over the course of their lifetime and that 30% of women and 23.6% of men were sexually abused as children. Sexual violence in Ireland was and is endemic.

Rape crisis centres, charities working in the area and sexual violence campaigners are all advocating for a second SAVI.

"Without data there is no way of knowing if things have gotten better or worse since the first SAVI, if all the campaigns and efforts we’re making are working or even if we’re focusing in the right area," said Blackwell. "There is no sense to spending more money on policy, if we have no idea if the policy works, if we don’t know the data." 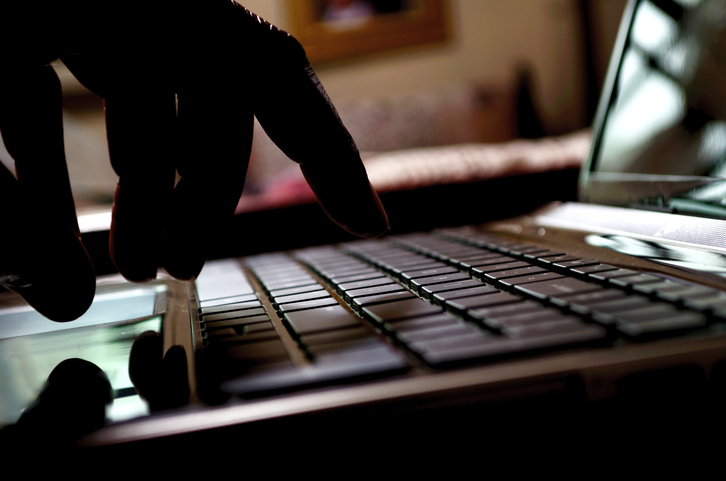 But the data is now 15 years old, it is obsolete and relevant to a time before the internet opened up many new avenues of grooming, stalking, harassment and assault, before consent was a term we associated with sex, before anyone now under 18 in Ireland had a chance to be surveyed.

"We are guessing at the extent of the problems and the nature of the crimes – by definition sexual crimes are hidden…without good data, it’s hard to make good decisions on how to prioritise services and policy solutions," Professor Hannah McGee told us.

The SAVI report in 2002 was funded by Atlantic Philanthropies with a contribution from the department of health. The study was carried out with the understanding of a second one to come.

Micheál Martin, the Minister for Health at the time, wrote the foreword to the report saying: "I hope that the findings of this report will contribute to the further development of appropriate responses by all those concerned with the provision of services to victims of sexual violence, whether they are male or female, adult or child."

Words of progress but ones which have fallen flat as, a decade after Martin wrote them, the then Minister for Health, Leo Varadkar gave his ‘appropriate response ’ to victims of sexual violence and decried any responsibility of his department to fund a second SAVI.

His logic is intrinsically flawed as most victims will never enter the criminal justice system and may never go to rape crisis centres where waiting lists are up to 18 months long.

In a situation where the current government slashed the Rape Crisis Network of Ireland’s research budget to 0%, it is hard to believe that the recognition of sexual violence in Ireland is anything but a nuisance for the Taoiseach.

"The Taoiseach is making excuses, he isn’t enthusiastic and it is a short-sighted approach," said Roisin Shorthall, the Social Democrat TD who has been raising the issue of a second SAVI report in the Dail for two years.

"No one wants to take responsibility for this, but it is primarily the Department of Justice’s responsibility. We are talking about sexual violence, but first and foremost these are crimes and should be seen as such," said Shorthall.

The Ministers for Justice, Health and Children and Youth affairs have previously expressed support for a second SAVI, but when it came down to the nitty gritty of finding cash to fund the research, each of the ministers sidled away, quietly saying that a SAVI in principle is something they can support, but a SAVI in practice? Well that is financially unfeasible.

A second report as proposed by the Dublin Rape Crisis Centre would cost €1million, requiring €250k from four departments (Health, Education, Justice and Youth and Children Affairs) over the course of 3 years.

Next year’s combined budget for the four departments amounts to €30bn.

So, while €5million can be drummed up for the Taoiseach’s communication team, some of the most worst crimes our society faces remain silenced by whatever policies the government choose to see as being financially feasible.

The line that has been given repeatedly by the Department of Justice is that, 'the right balance must be struck between the funding of front-line services and providing for research.'

This is odd, considering the budget for rape crisis centres was slashed by up to 34% around the country between 2008 and 2014, that Ireland has 21 refuges for women in the country and turns away nearly five thousand requests for safety each year and still the research isn’t being funded.

So where is the balance and is it firmly tipped in favour of perpetrators of sexual violence? Or could it be that the government is afraid that by financing a second SAVI, they might have to finance the necessary services and supports which may emerge as being needed. 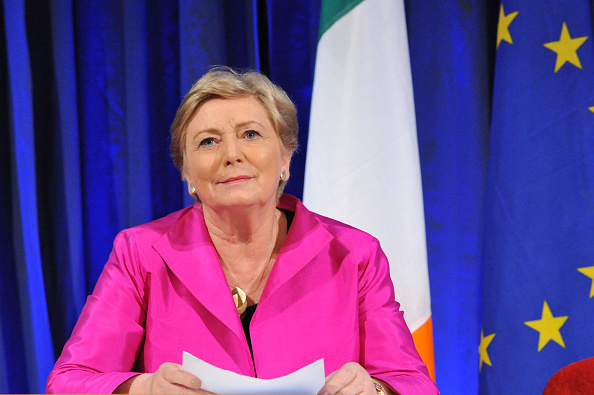 Frances Fitzgerald and Charlie Flanagan as Ministers for Justice have both keen to stress the European study that was carried out on violence against women in all EU states in 2014, as going someway to supplant the need for an Irish study.

But in the year following the European report, which found that 1 in 4 women will experience domestic violence, no improvements were made to frontline services, no extra funding was allocated and there was no acknowledgement that sexual violence in Ireland is not something that can be brushed off to Brussels or the charity sector.

"Funding for rape crisis centres has still not reached pre-recession levels, despite more people than ever calling and needing our services," said Blackwell.

There is another issue; the studies that the EU carries out on sexual violence only relates to crimes against women, not men. The statistics of sexual violence against men are limited to the small minority who access services and report to the Gardaí.

It costs an average of €65k a year to keep the 400-450 sex offenders who are incarcerated in the Irish prison system at any one time, costing the state almost €28 million a year.

Prevention is the best cure but still funding for research is not being allocated, the rape crisis centres are just barely functioning, outreach programmes to schools have been curtailed and those who have never reported are being kept in non-disruptive silence.

Sexual violence against vulnerable members of society has a long history of being wilfully ignored and purposefully covered up in Ireland. Those in positions of authority have a successful history of cloaking sexual abusers in respectability and protecting the predators rather than the victims.

This protection of sexual abusers and a cavalier attitude towards child sexual abuse carries its torrid legacy into our present times.

Two years ago, almost 800 allegations of child sexual abuse were ‘discovered’ in a TUSLA office in Portlaoise. The files had lain dormant for up to 30 years, and hundreds of children had remained in potentially dangerous and destructive situations as a result of the incompetency of those charged with children’s welfare

In recent weeks, sexual violence has found its space in the spotlight; high profile cases bring high profile commentary and Harvey Weinstein has brought memories of sexual assault from the past to the present for many.

The sentencing of Tom Humphries for the grooming and defilement of a teenage girl was seen by many as unduly lenient and the sympathetic remarks made by the sentencing judge raised concerns for victim support groups, over their discouraging effect on victims of sexual violence who have not yet reported those crimes.

Story after story of sexual violence has been shared in Ireland and across the world.

But without a second SAVI study these incidents of sexual violence that emerge in the papers, the courts, in online threads or in late night conversations with friends will appear unconnected to a wider picture of a society failing to address the issue.

popular
Wagatha Christie: Rebekah Vardy storms out of court just 30 minutes into final day
Only a matter of time before monkeypox spreads to Ireland, says expert
Someone has ranked the penis size of men from all over the world
Claire Byrne Live viewers in shock as woman shares family DNA secret
Why Are Men so Obsessed With Boobs? The Answer is Pretty Surprising...
Surprise! Ed Sheeran announces he and wife Cherry have welcomed baby #2
Here Are The Top 20 Most Common Pin Codes in The World
You may also like
10 hours ago
Killarney secondary school students awarded for tackling period misinformation
11 hours ago
WATCH: The trailer for Everything I Know About Love is finally here
11 hours ago
Vicky Phelan enjoys "pure bliss" solo trip to Doonbeg
12 hours ago
Netflix's Heartstopper has been renewed for 2 more seasons
12 hours ago
Conversations with Friends praised for showing reality of endometriosis
14 hours ago
Everything we know about Love Island 2022 so far
Next Page