Dustin Hoffman accused of exposing himself to 16-year-old girl

Dustin Hoffman has been accused of exposing himself to a 16-year-old girl.

The woman, Cori Thomas, has alleged that Hoffman removed his towel in front of her after showing in a hotel.

She is friends with the actor's daughter, Carina.

Thomas told Variety that she was waiting for her mother to collect her from the hotel when the alleged incident occurred.

"He was standing there naked. I think I almost collapsed, actually.

"It was the first time I had ever seen a naked man. I was mortified. I didn’t know what to do.

"And he milked it. He milked the fact that he was naked. He stood there. He took his time."

The then-teenager said that after Hoffman put a bathrobe on, he then asked her to massage his feet.

Thomas said she did so because she "didn't know how to say no." 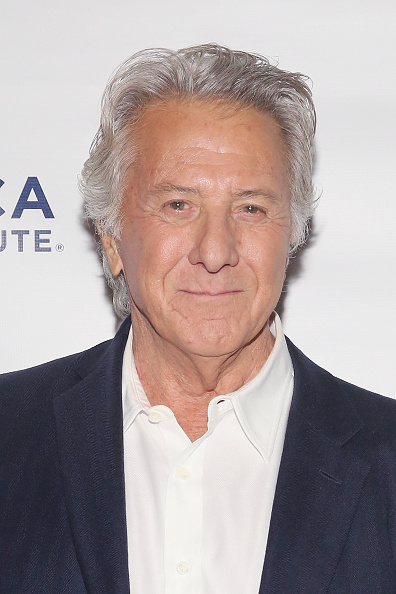 Hoffman's lawyer told Variety that the accusation is a "defamatory falsehood."

END_OF_DOCUMENT_TOKEN_TO_BE_REPLACED

Melissa Kester claimed that Hoffman assaulted her while they were recording audio for Ishtar.

An anonymous woman also alleged that the actor attacked her in the back of a car and manipulated her into having sex with him later.

These accusations come after Hoffman was accused of sexual harassment on the set of Death of a Salesman.

Production assistant Anna Graham Hunter said that Hoffman was inappropriate with her on the set of the 1985 TV movie.

She was in high school at the time.

popular
Power ponytails and perfect messy buns! Here's some TikTok hair hacks to try at home
Irish influencer Lisa Jordan reveals her little boy's name and it's so cute
Ed Sheeran is reportedly expecting a baby with wife Cherry Seaborn
Our Girl is axed after talks for Jacqueline Jossa to replace Michelle Keegan are shelved
This 'Mississippi Mud Pie' recipe is a must-try for chocolate cake fans
Here's what happens on every day of your menstrual cycle (roughly)
Jennifer Aniston has made a statement about her relationship with Brad Pitt
You may also like
6 days ago
Concerns over extradition of Madeleine McCann suspect Christian B
1 week ago
11 new Emperor penguin colonies discovered in Antartica
1 week ago
Bewley's is set to open its doors... again!
2 weeks ago
Staycation scams: Warning issued for home holiday makers this summer
2 weeks ago
104 Pandemic Unemployment Payments cut following airport checks
2 weeks ago
Polar bears could be extinct by end of century due to climate change, predict researchers
Next Page