Ethiopia planted 350 million trees in 24 hours, the most ever planted in one day

It looks like they may have broken a world record.

Over 350 million trees were planted in Ethiopia over the course of 24 hours in a bid to crack down on deforestation.

The move, encouraged by the country's prime minister Abiy Ahmed, is a reaction to Ethiopia's problematic history of mass deforestation and unsustainable farming.

END_OF_DOCUMENT_TOKEN_TO_BE_REPLACED

The country surpassed their initial goal of 200 million trees planted in one day earlier this week.

They are planning on planting up to four billion between now and October as part of their climate change action campaign.

The movement, 'Green Legacy', hopes to recover the Ethiopian landscape and encourage people, businesses, and farmers to promote a more ethical and sustainable approach to living. 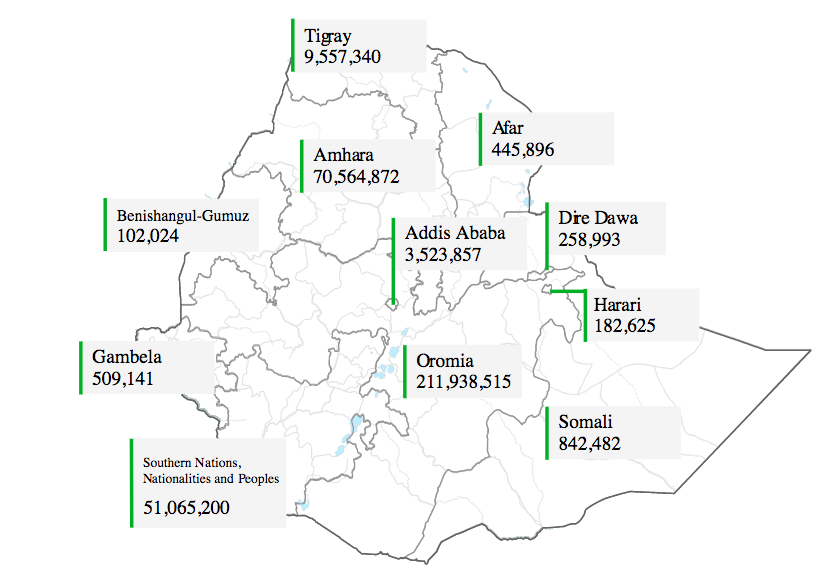 END_OF_DOCUMENT_TOKEN_TO_BE_REPLACED

"Congratulations Ethiopia for not only meeting our collective green legacy goal but also exceeding it," tweeted prime minster Ahmed following the achievement on Monday.

He also shared a detailed plan of Green Legacy, showing exactly how many trees were planted around each region.

#GreenLegacy, for a greener and cleaner Ethiopia, is a national go green campaign," reads the plan.

"... Endeavouring to raise the public’s awareness about Ethiopia’s frightening environmental degradation and educate society on the importance of adapting green behaviour."

You can find out more about Ethiopia's Green Legacy plan here.

popular
Here are the baby name trends set to dominate 2023
Queen Elizabeth II's cause of death revealed
Five children rescued from van as driver is arrested
Irish twins featured by Gucci during Milan Fashion Week
Greg O'Shea says he regrets not staying with Amber for longer
Vicky Phelan's image projected onto GPO
Gardaí investigation underway as baby skeletal remains found in Cork
You may also like
2 days ago
Contraception, IVF and rent relief: Key takeaways from Budget 2023
2 days ago
Why Cuba's redefinition of the family is so significant
1 week ago
Here's why Iranian women are protesting the country's morality police
1 week ago
Charlie Bird to be awarded Freedom of Wicklow
1 week ago
Widespread protests in Iran after woman dies in police detention
1 week ago
Ryan Reynolds shared his experience of getting a colonoscopy after losing a bet
Next Page