Leo Varadkar urged healthcare workers not to take annual leave over the festive period, due to strains on the health service.

Dublin footballer, Noelle Healy has criticised the Taoiseach over comments he made before Christmas. The Fine Gael leader said that all hospital workers - including consultants, nurses and back-up staff should work "at full whack" over the festive period and discouraged workers from taking annual leave.

Speaking in Helsinki, he continued:

"If you’re working retail it’s the week running up to Christmas. If you’re in education, it’s the first week or two of September.

If you’re in politics, it’s budget week and the few weeks around the budget. If you’re in tourism, it’s the summer period and bank holidays.

And it makes sense if your service or your business well to always make sure that you match peak demand with peak resources."

The comments caused ire amongst healthcare workers and now inter-county footballer and doctor Noelle Healy has criticised the Taoiseach for his remarks. 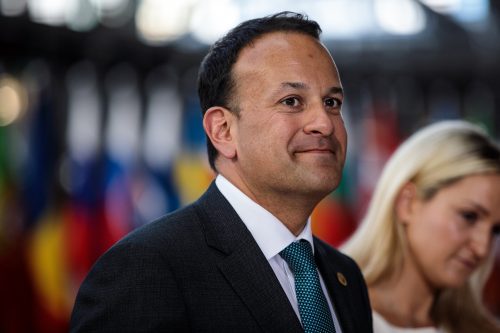 She was one of many healthcare workers who utilized the hashtag "I'm at work Leo" to highlight the appallingly long shifts staff were putting in over the Christmas period due to a lack of resources within a system that allows for zero slack, no matter the circumstances.

Three 24 hour shifts in 6 days and 2 in the last three . It cool if I take a day or two off to celebrate Christmas with my fam @campaignforleo ?

Thank you to everyone working over the next two days and beyond #hardworkinghealthservice ?#ImAtWorkLeo

Speaking at the launch of Future Proof Media on Tuesday she detailed the backstory of the tweet. According to SportsJOE, the 28-year-old said she had "just come off a weekend of night shifts and was a bit emotional" at the time of writing the tweet but still stands by the sentiment.

Noelle stated that many of her college friends have opted to work in Australia and enjoy a better work-life balance.

Like many people Noelle was affronted by the Taoiseach's message because of the immense work healthcare staff put in:

"It just doesn’t seem fair when people are giving up time they could be spending with their family, staying late mostly, potentially not getting paid for it, working overnight, putting themselves in stressful situations, working when they’re sick."

She referenced Leo's own medical background and aptly noted:

"For somebody who’d worked in the industry himself, I just don’t think it was very fair." 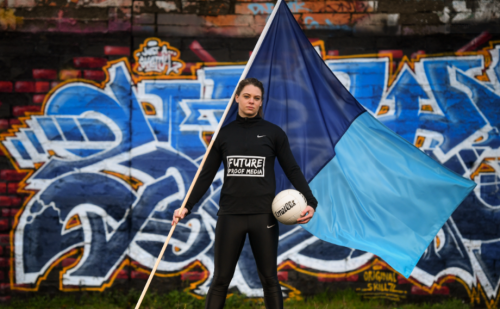 When it comes to Ireland's approach of to healthcare, Noelle says priorities are in the wrong place:

"I had to ring up for an appointment with a GP before Christmas and the nearest appointment was three days later. If somebody feels like they really need something, they’re just going to rock up to their local A&E."

She believes prevention is the better than cure and says GP and A&E services need to be improved.

As GAA players are amateurs, Noelle says she tries to do her best to juggle full-time employment and all her sporting demands. The Dublin ladies are just back from a team holiday but they're already gearing up for the year ahead and although training sessions can be tough, she still relishes the opportunity to play for her county:

"You get to the stage where you know there's only so many pre-seasons left in you so you need to enjoy them as well when you can catch your breath try to take stock of it."

Girls With Goals || Her · Ep.151: 'A Story Shared' - Aoife P. Rafter on blogging during a pandemic and living with CF
popular
Around the world: The most popular baby names in major cities across the globe
WATCH: The trailer for To All The Boys I've Loved Before part 3 is here
"The female gaze is brilliant:" Why Phoebe Dynevor is proud of Bridgerton's sex scenes
Matt LeBlanc And Matthew Perry Reveal Reason Why They Didn’t Attend Jennifer Aniston’s Wedding
Here's how to do the genius TikTok wrap hack that everyone's going mad for
Netflix announces new true crime documentary series: The Vanishing At The Cecil Hotel
Here's the average age people lose their virginity around the world
You may also like
1 month ago
Katie Taylor nominated for prestigious BBC Sports Personality of the Year award
3 months ago
5 times Simone Biles was the absolute GOAT
3 months ago
WATCH: Simone Biles just did a triple backflip, a move not even recognised in women's gymnastics
4 months ago
BBC broadcaster Holly Hamilton: "It feels like the soul has been taken out of sport"
4 months ago
Maxine O'Sullivan: "People don’t talk about the mental side of horse racing"
4 months ago
Brazil's female footballers to be paid the same as men
Next Page