Michelle Obama, Oprah Winfrey and Bill Clinton were just some of the speakers at Maya Angelou's memorial service today.

The service took place today at Wake Forest University in North Carolina, where the 86-year-old writer had taught for 30 years.

First Lady of the United States, Michelle Obama said that Angelou's words had empowered young black woman and described her as "one of the greatest spirits our world has ever known".

“I was struck by how she celebrated black women’s beauty like no one had ever dared to before,” Obama said. “Our curves, our stride, our strength, our grace," continued Obama.

Oprah Winfrey also paid tribute to the woman she called her “spiritual queen mother”. She was always there for me, to be the rainbow". 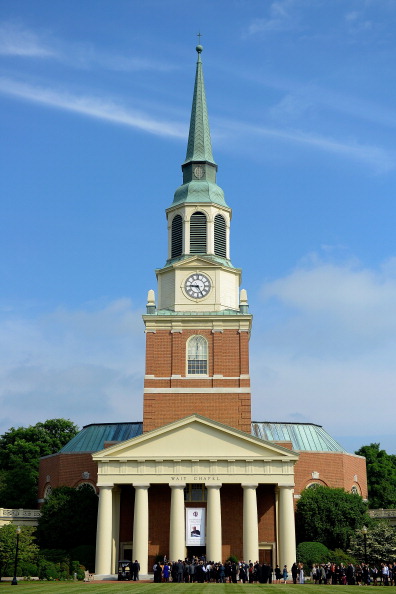 Bill Clinton said that the last time he saw Maya Angelou was at a ceremony marking the 50th anniversary of the Civil Rights Act a few weeks ago.

The former president of America told Angelou that he was surprised to see her out and about to which she replied “Just because I am wheelchair bound, doesn't mean I don’t get around".