"I think we need to see more women involved at every level of politics."

Female TDs and senators will be permitted to breastfeed inside of the Dáil chamber.

Ceann Comhairle Seán Ó Fearghaíl said that more women must be encouraged to get involved in Irish politics and that in order to facilitate this, new measures must be introduced.

END_OF_DOCUMENT_TOKEN_TO_BE_REPLACED

"I don’t think we’re going to change the whole political system, nor do I think many women would want us to change the system entirely," he told RTE's The Week in Politics.

"(But) we have given a direction that breastfeeding will be facilitated in the house and in the chamber.

"We do have a crèche here and in this Dáil (and) we've made arrangements for an additional staff member to be made available to a member on maternity leave to support them in their constituency activities." 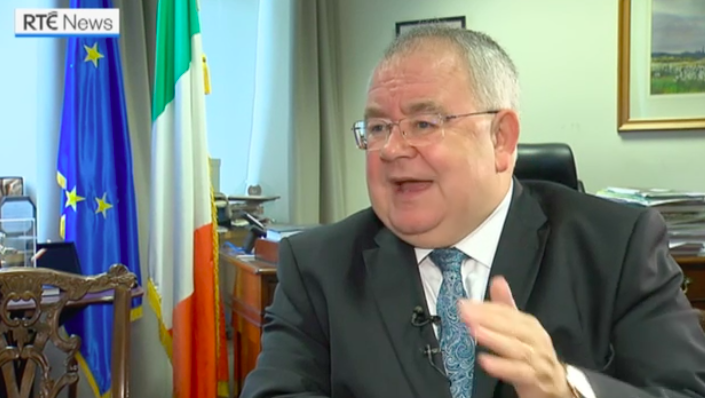 END_OF_DOCUMENT_TOKEN_TO_BE_REPLACED

Ó Fearghaíl added that adoptive leave will be facilitated, but that the constitution prevents remote voting so politicians must still attend the Dáil chamber.

He said that the changes, as well as the prevalence of gender quotas, should encourage more women to run in elections.

"If you’re not getting the numbers in the normal way you need to take extraordinary temporary steps to ensure you get participation," he said.

This comes after the Green Party's Catherine Martin raised the issued last year, stating that the chambers needed to be a "breastfeeding-friendly workplace."

END_OF_DOCUMENT_TOKEN_TO_BE_REPLACED

“Given the restrictions on non-members entering the Seanad or the Dáil, I believe that the Oireachtas should have a policy in place to assure any woman TD or Senator that she can breastfeed in the chamber," she wrote in a letter last March.

“The reasons behind a reluctance to breastfeed in our society are rooted in cultural choices across generations.”

Ó Fearghaíl agreed at the time and said that the Oireactas would develop a new policy to allow female TDs to breastfeed.