Three boys trapped in the flooded Thailand cave have been rescued

Three of the boys trapped in the flooded cave in Thailand have been rescued.

The three boys are said to have made their way out of the cave today following a large scale rescue operation led by 18 divers.

The 12 children and their football coach became trapped in the Tham Luang cave complex on June 23. The team and their coach were discovered alive after nine days.

They have since spent over two weeks trapped in the cave while divers considered the most efficient and safest way to extract them.

A police convoy can now been seen as part of the cave rescue in Thailand pic.twitter.com/TDPS6krwo9

Al Jazeera reports that three of the boys exited the cave successfully today. 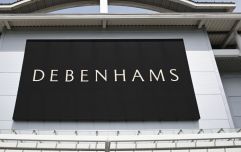 END_OF_DOCUMENT_TOKEN_TO_BE_REPLACED

They were led through the cave's narrow and flooded passages via rope by experienced divers from the UK, the US, China, and others.

Many of the boys in the cave reported that they did not know how to swim or dive.

The rescued boys are currently being treated at a field hospital.

The rescue mission is ongoing.

popular
Four counties to be “looked at very carefully” ahead of possible move to Level 3 restrictions
Kate Middleton has addressed the rumours that she's pregnant with her fourth child
Someone has ranked the penis size of men from all over the world
Why Are Men so Obsessed With Boobs? The Answer is Pretty Surprising...
James Franco Has Opened Up About His Relationship With Lana Del Rey
Tyra Banks has broken up with her boyfriend of five years, Erik Alsa
15 signs that prove someone is falling in love with you
You may also like
16 hours ago
What's going on with TikTok?
19 hours ago
"Tip of the iceberg:" Irish charities team up to tackle devastation of Covid-19 in vulnerable communities abroad
5 days ago
At least 380 whales die in mass stranding off Australian coast
6 days ago
Jackie Stallone: Celebrity Big Brother star and Sly's mother dies aged 98
1 week ago
"I was petrified and wanted a hand to hold:" Irish women call for the ease of maternity restrictions
1 week ago
Micheál Martin says "more influencers" needed to reach young people about Covid dangers
Next Page