Five hundred former ISIS sex slaves have taken arms and joined forces to launch a massive assault against their former abusers in Iraq.

The women were captured when the Islamic group slaughtered thousands of their Yazidi sect in 2014, and suffered torture and rape at the hands of Jihadi tormentors. 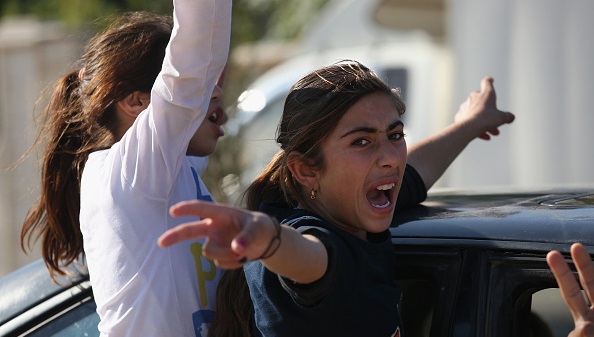 END_OF_DOCUMENT_TOKEN_TO_BE_REPLACED

Yazidi Refugees in Syria Celebrate Liberation Of Sinjar from ISIL.

The Yazidi women, who call themselves the 'Force of the Sun Ladies', are preparing for an offensive on the ISIS stronghold of Mosul, where many were exchanged by militants as their sex slaves.

Capt Khatoon Khider, a member of the Sun Ladies, told Fox News: "Whenever a war wages, our women end up as the victims.

END_OF_DOCUMENT_TOKEN_TO_BE_REPLACED

She is one of 100 Yazidi women who have trained with the Kurdish Peshmerga forces in preparation for the attack on Mosul, with 500 more due to follow suit.

Although 2,000 Yazidi men and women have managed to escape captors, the United Nations estimate that ISIS still has 3,500 people captured in Iraq, the majority of whom of women and girls from the Yazidi community.