They are appealing for information.

Gardaí investigating the murders of two men in Sligo over the past two days suspect that there was a "hate related motive".

Gardaí attended a private residence at Connaughton Road, Sligo at around 10.30pm on April 12 after responding to a 999 call when they discovered the body of Michael Snee, 58.

END_OF_DOCUMENT_TOKEN_TO_BE_REPLACED

He was the victim of a serious physical assault and had suffered significant injuries.

At around 8.30pm on April 11, Gardaí responded to a call and arrived a property at Cartron Heights, Sligo where the body of Aidan Moffitt, 42, was discovered.

He had also been subject to a serious physical assault and had suffered significant injuries.

Speaking about the investigation into the murders, Chief Superintendent Aidan Glacken from Sligo Garda Station said in a statement that Family Liaison Officers have been provided to both families as they continue to investigate. 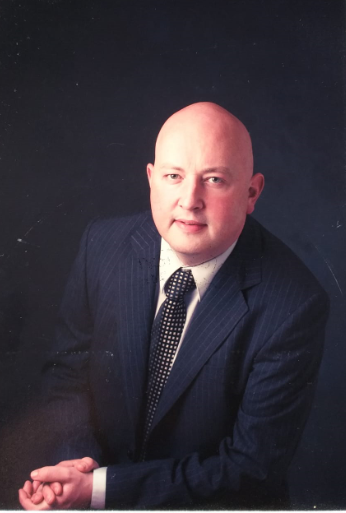 END_OF_DOCUMENT_TOKEN_TO_BE_REPLACED

He said: "I have commenced two separate murder investigations. A Senior Investigating Officer is in charge of each investigation supported by an incident room. Substantial Garda resources are dedicated to these investigations with further support from Regional and National Units.

"Both scenes have been sealed off and remain so, the Garda Technical Bureau are conducting a detailed forensic examination of each scene." 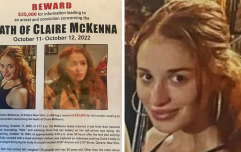 END_OF_DOCUMENT_TOKEN_TO_BE_REPLACED

In the early hours of this morning, a man in his 20s was arrested for the murder and currently remains in custody, under section 4 Criminal Justice Act 1984.

Chief Superintendent Glacken continued: "We continue to retain an open mind in this investigation.

"I would like to thank the community for their cooperation and assistance so far, information received from across the community continues to assist us in our investigation. It is heartening to see such cross community support at this time.

"I continue to appeal to the public for their assistance in that regard.

"We are actively investigating as to whether there is any hate related motive to these murders, An Garda Síochána will endeavour to seek out all the available evidence, and ultimately it will be for a Court to decide on the motivation behind these appalling crimes."

Gardaí are also looking into whether the two men met their attacker online, which Glacken noted should be a safe activity but warned people to be careful when doing so.

He added: "We continue to explore all the circumstances of these cases and are examining another recent incident which occurred in the Sligo area. I am appealing to any person who may have been subject of any unwanted approaches or who was assaulted or otherwise attacked to contact the incident room at Sligo Garda Station. I have a dedicated diversity team here, we need to hear from you, we are here to listen to you and we are here to support you."

There is an online facility to report Hate Crimes on the Garda website and they are appealing for anyone with information to contact Sligo Garda station.

popular
Gwen Stefani reportedly pregnant with baby number four
WATCH: First look at Netflix's YOU season 4
Kim Kardashian addresses Balenciaga's disturbing campaign
Why Are Men so Obsessed With Boobs? The Answer is Pretty Surprising...
"I know it's scary": Westlife's Mark Feehily diagnosed with pneumonia
23 shows with four or more seasons to watch on Netflix
Someone has ranked the penis size of men from all over the world
You may also like
12 hours ago
"I know it's scary": Westlife's Mark Feehily diagnosed with pneumonia
12 hours ago
Kelsey Parker speaks out about moving on after Tom's death
13 hours ago
Rules around blood donation have changed in Ireland as of today
14 hours ago
Turns out Martin Scorsese is a huge Derry Girls fan
15 hours ago
This is what's coming to Disney+ in December
15 hours ago
Nicola Coughlan is raffling her Bridgerton bag for LauraLynn
Next Page