A rock festival in Nuremberg, Germany has been evacuated because of fears of a terror attack.

Music fans at Rock am Ring were last night told to leave the main festival arena 'in a controlled and orderly fashion'.

"Due to a terror danger situation, we told the organiser to temporarily stop the concert as a precaution," local police said in a statement, according to Variety. 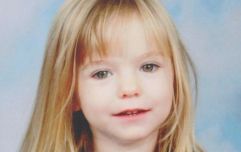 END_OF_DOCUMENT_TOKEN_TO_BE_REPLACED

They said they had "concrete leads" that suggested a terror attack could take place.

“As safety is paramount, and it is necessary to exclude a threat to festival visitors in any case as far as possible, it was decided to suspend the festival for this day,” they said.

The festival-goers reportedly sang You'll Never Walk Alone as they exited the premises.

The evacuation came in the wake of the terror attack at a Manchester concert almost two weeks ago.

A number of events and concerts around the world, including gigs at Dublin's 3 Arena and this weekend's Forbidden Fruit, have stepped up security measures recently.

Up to 90,000 people had been expected to attend the Rock am Ring over the weekend.

The festival organisers said they were hoping that the rest of the festival would go ahead as planned.

popular
Ben Foden explains why he called Rachel Stevens "sexiest woman alive"
A documentary about two Irish boys who skipped school to go to New York is coming soon
And Just Like That... episode 8: Nobody saw this one coming
Here are all the Instagram accounts of the stars of Netflix's Cheer
People are only realising Kendall Jenner and Gigi Hadid are related and the reactions are gas
A celebrity hairstylist just shared a genius hack for the perfect messy bun
Here Are The Top 20 Most Common Pin Codes in The World
You may also like
1 day ago
German actor Hardy Kruger passes away at 93
1 month ago
Court rules the walk from your bed to desk is officially a "commute"
3 months ago
Appeal launched as Irish man reported missing in Berlin
3 months ago
Germans shocked as cashier killed for asking about a face covering
4 months ago
Irish woman dies after being found in Berlin club
1 year ago
Nine people have been killed in a mass shooting in a bar in Germany
Next Page