A Golden Retriever has made it into the Guinness world record books for storing the most tennis balls in his mouth.

Finley broke a record held for 17 years to earn his space in the book alongside Blosom the tallest cow in the world, and Merlin, the cat with the loudest purr. 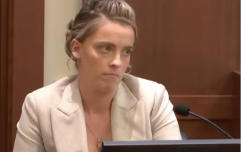 END_OF_DOCUMENT_TOKEN_TO_BE_REPLACED

Finley is able to hold six tennis balls in his mouth, beating the previous record by one.

"BIG NEWS! I can officially say that I am in the @guinnessworldrecords book for 2022! This, of course, wasn't easy and certainly felt like forever and a day to accomplish!" Finley's family wrote on Instagram.

"Thank you to all my friends and fans who have been following my tennis ball journey since the beginning-was it worth the wait?

"I haven't been active as much on social media lately, but don't fret, I'm still carrying tennis balls as you can see!" 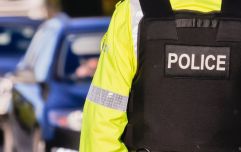 END_OF_DOCUMENT_TOKEN_TO_BE_REPLACED

Finley's owner Erin Molloy said that her pet has been hoarding tennis balls since he was two.

Erin's parents, Cherie and Rob Molloy recall the time Finely stuffed four balls into his mouth and ran around. At this moment, they realised they were dealing with a superstar.

"The joy he brings to us is one thing," Cherie Molloy told the Democrat and Chronicle. "But he brings joy to people all over the world."

Though Finley loves to fetch like most dogs, he much prefers to lie on his back and have a ball dangled above his face.

popular
Love Island's Gemma finally tells villa about dad Michael Owen on TV
Parent's Benefit Leave in Ireland is being extended from today - here's what you need to know
Love Island: Danica sets her sights on Andrew as Luca asks Jacques about his relationship with Gemma
10 stunning and affordable outfits that are perfect for a summer wedding
Another of Gemma Owen's family could be headed for a reality show
Irish girls name was the most used Irish name in the United States last year
Drama series about Maxine Carr and Ian Huntley is filming in Dublin
You may also like
5 months ago
Hero dog saves hiker's life by lying on top of him to keep him warm
6 months ago
Stacey Solomon admits she feels "sad and guilty" over death of dog
6 months ago
Stacey Solomon opens up about feeling "so sad and guilty" after the passing of her beloved dog
7 months ago
Pet dog catches Covid from its owner for first time in UK
8 months ago
This dog has been trained to fetch its owner cocktails when it hears "gin o'clock"
8 months ago
Woman in coma after jumping into geyser to save dog
Next Page