There are no plans to extend mid-term holidays, government confirms

The country is currently in Phase 3.

Many changes have happened since children returned to school in late August.

With the country entering Phase 3 many pubs have been unable to reopen, restaurants can no longer seat customers indoors and cinemas and other attractions have had to close again.

These changes led to many parents wondering if the schools would close again with rumours circulating that the mid-term holidays would be extended. 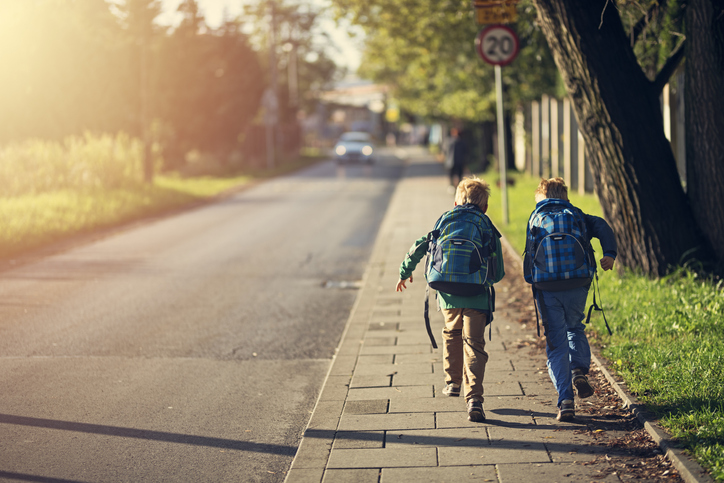 END_OF_DOCUMENT_TOKEN_TO_BE_REPLACED

Given that when schools first closed in March and did not reopen until last month, many parents have been concerned that 'extended mid-term' could me the school staying closed until next year.

The Government, however, confirmed over the weekend that they have no plans to ask schools to extend the mid-term break.

END_OF_DOCUMENT_TOKEN_TO_BE_REPLACED

Minister of State for Skills and Further Education Niall Collins said that there is "no plan" to extend school closures past the expected mid-term break time.

Minister for Health Stephen Donnelly added that evidence does not point to schools as being a contributing factor to the rising number of Covid-19 cases in Ireland.

"We need to keep children in school and keeping the schools open is a big priority for Government," he said.

popular
Parent's Benefit Leave in Ireland is being extended from today - here's what you need to know
Saoírse Ruane's mum shares her daughter's anxiety over doctor visits
Drama series about Maxine Carr and Ian Huntley is filming in Dublin
10 stunning and affordable outfits that are perfect for a summer wedding
Love Island's Gemma finally tells villa about dad Michael Owen on TV
Irish girls name was the most used Irish name in the United States last year
Love Island: Danica sets her sights on Andrew as Luca asks Jacques about his relationship with Gemma
You may also like
8 hours ago
Love Island's Gemma finally tells villa about dad Michael Owen on TV
3 days ago
BBC Radio 1’s Adele Roberts announces she is cancer-free in emotional statement
2 weeks ago
UK lined up to host Eurovision 2023 after organisers rule out Ukraine show
2 weeks ago
Double-decker aeroplane seats could become a thing soon, unfortunately
2 weeks ago
Joker 2: Lady Gaga reportedly in talks to play Harley Quinn in sequel
2 weeks ago
Flexible working, child sick days – the proposed Work Life Balance Bill is a game-changer
Next Page