The Grand National will once again come under review by Aintree and the British Horseracing Authority (BHA) after three horses died during this year's meeting.

Up for Review became the first horse to die in the National since 2012, suffering a fatal injury at the very first fence during the 17:15 main race on Saturday.

Forest Des Aigles and Crucial Role both died a day earlier on Friday at the Liverpool racecourse.

Tiger Roll won the Grand National for the second year in a row, becoming the first horse since Red Rum 45 years ago to win the Aintree race back-to-back.

But now track authorities and the BHA will once again scrutinise the three casualties that occurred over the three-day event from Thursday to Saturday.

The fixture is reviewed every year over concerns for the safety of the horses but this year's deaths, including Up for Review's, who jumped successfully but was brought down by another fallen horse, will once again spark concern that the race is overcrowded and the jumps are too high.

The RSPCA said it was "deeply saddened and concerned to see the deaths of three horses at Aintree this year". 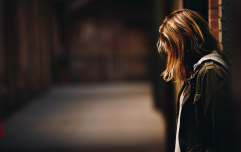 END_OF_DOCUMENT_TOKEN_TO_BE_REPLACED

"The death of any horse is always one too many and it's crucial that steps are urgently taken to reduce the risk of these tragedies," it added in a statement.

Meanwhile, Jockey Club Racecourses North West regional director Dickon White said: "As a sport of animal lovers, we wanted every horse to come home - and sadly that's not been the case with Up For Review."

"All of us at Aintree extend our sympathies to owners Andrea and Graham Wylie and the team behind the horse. You have to go back to 2012 since we lost a horse in the Grand National, thanks in part to the huge amount of effort and investment we put into horse welfare."

"However, while you cannot remove all risk from our sport, we will analyse what happened and leave no stone unturned in doing so."

popular
Will Smith admits to 'failing miserably' in 21-year marriage to Jada Pinkett Smith
5 new additions to Netflix to spend your Saturday night watching
QUIZ: How well do you remember the 2005 movie Pride & Prejudice
Someone has ranked the penis size of men from all over the world
QUIZ: How well do you remember The Princess Diaries?
Here's what happens on every day of your menstrual cycle (roughly)
After days of silence, Scott and Sofia finally comment on the break up rumours
You may also like
3 days ago
"Real urgency": Extend Maternity Leave campaign continues to lobby outside Dáil
5 days ago
Gardaí seeking public’s assistance in tracing 23-month-old Jasmine Arshad
1 week ago
Quarantine Barbie: She exists and she's far too real
3 weeks ago
Varadkar to consider extending maternity leave by three months
1 month ago
13 year old boy has died following a Westmeath road collision
3 months ago
Ronan and Storm Keating have welcomed their second baby – and her name is the cutest
Next Page