The country has entered its sixth day of protest.

If you've been on TikTok over the past few days, it's likely that you've come across videos from Iran of women cutting their hair, attending demonstrations and sharing concerns about their government's imminent censorship of social media platforms.

The movement has been sparked by the recent death of Mahsa Amini, who passed away in police custody. The 22-year-old woman from Kurdistan was arrested in Tehran, and had been accused of violating the country's laws which require women to cover their hair and wear loose-fitting clothing that covers their arms and legs.

END_OF_DOCUMENT_TOKEN_TO_BE_REPLACED

After being taken into custody, Mahsa entered into a coma and spent three days in hospital. There have been reports that she was beaten with a baton and had her head banged against a vehicle. The police have denied any involvement in her death, and claim that she suffered a heart failure. This is despite her family's insistence that she was fit and healthy prior to the arrest. Since then, widespread protest has erupted around numerous cities in Iran, demanding justice for Mahsa and women generally. 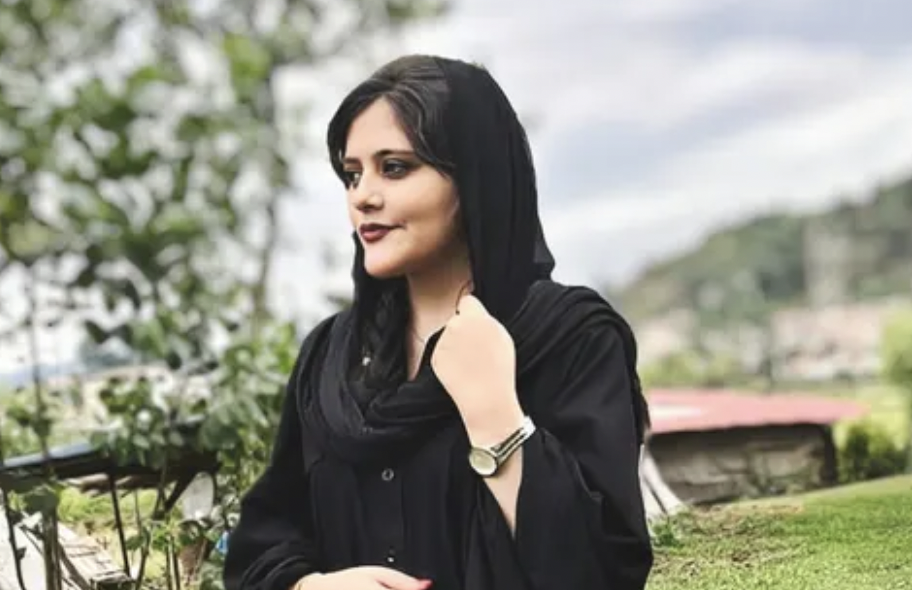 The death of Mahsa has brought international attention to the Gasht-e Ershad, the police force tasked with detaining those who are seen to be breaking the country's laws which oblige women to cover their hair and bodies. The Gasht-e Ershad typically consist of a team of men and women who patrol public areas, and issue fines and notices to those who break the code. In some cases they are detained and taken to police stations and facilities where they often receive lectures on obeying the codes before being collected by a male relative.

END_OF_DOCUMENT_TOKEN_TO_BE_REPLACED

It's important to note that Iran's laws surrounding hair coverings – and protests against them – date back to the late '70s when hijabs were made mandatory in the workplace. In the years following, laws were strict and punishments were severe, but since then, the extent to which they have been enforced have varied depending on the country's leader. Last year, however, President Ebrahim Raisi introduced a number of measures including increased surveillance and mandatory prison sentences for those who post online content protesting the rules. Prior to Mahsa's death, women in Iran had been objecting to the morality codes with videos and photos on social media.

END_OF_DOCUMENT_TOKEN_TO_BE_REPLACED

Since news of Mahsa's death broke, protests have erupted around Iran's major cities and towns. According to the BBC, protesters were heard shouting "No to the headscarf, no to the turban, yes to freedom and equality." Police have clashed with protestors, and according to Amnesty International, at least eight people have been killed. It's understood that those killed were shot at by police. Riot police have also deployed tear gas to disperse crowds and many have been arrested.

Viral videos have seen women cut their hair and burn their hijabs in public, and on their own social media accounts.

As well as police violence and arrests, the Iranian Government have responded to protests by blocking access to WhatsApp and Instagram. There have also been reports of general internet and mobile signal blackouts. Twitter and Facebook have long been banned in Iran.

🧵 Iranian security forces are violently quashing largely peaceful protests sparked by the death in custody of #Mahsa_Amini. The barrage of gunfire unleashed on protesters has left at least 8 people dead and 100s injured. pic.twitter.com/9kMElmdKoL

Nada al-Nashif, the Acting UN High Commissioner for Human Rights, has called for an investigation of Mahsa Amini's death by an independent competent authority.

She said: "Mahsa Amini's tragic death and allegations of torture and ill-treatment must be promptly, impartially and effectively investigated by an independent competent authority, that ensures, in particular, that her family has access to justice and truth."

US President Joe Biden has expressed his solidarity with the women of Iran, saying: "Today we stand with the brave citizens and the brave women of Iran who right now are demonstrating to secure their basic rights."