She has said she is "really happy".

Margaret Cash and her seven children made headlines last week when they were photographed sleeping rough in Tallaght Garda station waiting room.

The homeless family have since been offered to live in a three-bedroom apartment in Dublin city centre and are due to move in this Friday.

The council offered the family to stay in the accommodation on a week's trial, and from then on it will be month by month. 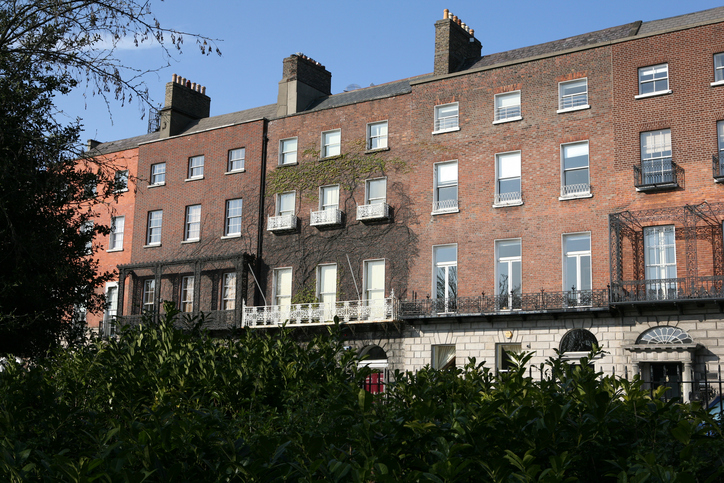 Speaking to Miriam O’Callaghan on RTÉ Radio One, Margaret said:

"It’s better news than what it was last week, when they were expecting me to go night by night again, I’m really happy."

"The children will be delighted, they’ll be over the moon."

Margaret's kids are between the ages of 1 and 11-years-old.

The mother received a lot of comments on social media about her decision to have so many children, but she replied by saying she "doesn't care" what people think.

Margaret is from a travelling community and got married when she was only 15-years-old. The mum of seven said:

"When you’re a traveller and you get married, you cook, clean and have kids. And I love that, I love my kids and I wouldn’t change it for the world."

The homeless mum has also been criticised for buying her daughter an elaborate dress for her communion, but she fought back and said:

“I saved, I saved hard to get my child that dress. And she was lovely, I think she was beautiful.”

popular
Women are rinsing their hair in apple cider vinegar – and the results are amazing
Britain’s biggest family to break new record with another baby on the way
Scottish dance sensation Lily Douglas has sadly passed away, aged 14
Gardaí investigating alleged sexual assaults on teenage girls in Sligo
"Hair contouring" is about to be huge, here's everything you need to know
Worried about a loved one? Here are 5 signs of suicide to look out for
Jenny McCarthy shares update ahead of brain tumour surgery
You may also like
3 weeks ago
Two teenagers in hospital following stabbing incident in Dublin
3 weeks ago
Two men killed in separate collisions
3 weeks ago
Cyclist killed following road traffic collision in Dublin
1 month ago
Lads, Paul Mescal and Phoebe Bridgers are just roaming around Dublin and the tweets are gas
1 month ago
Vicky Phelan spends night in Dublin with 'most important women' in her life
1 month ago
Dublin white water rafting project finally shelved after years of public apathy
Next Page