The current moratoriums are due to expire in six days.

The national housing charity has called on the government to introduce interim legislation to protect tenants facing an accommodation crisis amid the Covid-19 pandemic.

Threshold has reported a 100 percent increase in rent arrears in the first half of this year compared to the same period in 2019.

END_OF_DOCUMENT_TOKEN_TO_BE_REPLACED

The charity is concerned that the end of the current moratoriums, which are due to expire in six days on July 20, will lead to an increase in homelessness coupled with high unemployment.

Threshold CEO John-Mark McCafferty said that although the moratoriums, which do not allow landlords to increase rent, evict tenants, or serve a notice of eviction, will need to end at some point, they should be extended to protect tenants for a period of time.

He added that legislation on rent arrears should be introduced to avoid a "surge of evictions and an increase in homelessness."

“The government is considering its next steps in this regard and we very much hope there can be a further extension," said McCafferty. 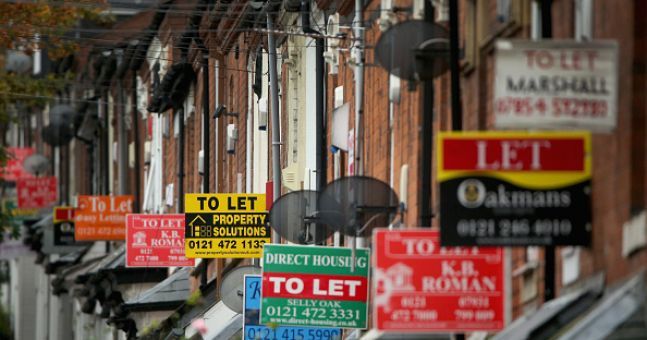 "The moratorium has demonstrated the effectiveness of restricting the grounds for terminations: the 24 percent reduction in the numbers of families experiencing homelessness between February and May must now be built upon.

“Ideally the moratoriums on evictions and rent increases should be extended past this week into the medium term, but we know that they will end at some point. As a result, we are calling for ‘parachute’ measures, such as formal repayment plans and debt forgiveness schemes, to be implemented to ensure a soft landing for renters once the restrictions are lifted."

END_OF_DOCUMENT_TOKEN_TO_BE_REPLACED

McCafferty pointed to the levels of unemployment expected to increase due to the coronavirus pandemic as a further concern, with rates potentially rising to between nine percent in 2021 – if there is no second wave – and 13 percent, if there is a second wave.

“The government’s proactive approach to this issue has worked up to now," said McCafferty, and it must be continued to avoid a surge in homelessness occurring once the emergency measures are lifted."

According to Focus Ireland, homelessness rates have dropped this year for three consecutive months. However, the charity is also concerned that the end of the moratorium will result in a new surge in homelessness as the country reopens.

“We believe Covid-19 can be a turning point in the fight against homelessness," said CEO Pat Dennigan

"And we hope the new government will make commitments that people who are homeless who were accommodated during lockdown will not be expected to return to the streets or hostels but will be offered homes through an expanded Housing First programme."

Girls With Goals || Her · Ep.151: 'A Story Shared' - Aoife P. Rafter on blogging during a pandemic and living with CF
popular
Not petite or plus size? 4 'mid-size' style influencers you should follow on TikTok
Around the world: The most popular baby names in major cities across the globe
Netflix announces new true crime documentary series: The Vanishing At The Cecil Hotel
"The female gaze is brilliant:" Why Phoebe Dynevor is proud of Bridgerton's sex scenes
Katie Price moves son Harvey to residential college to give him a chance at an independent life
Someone has ranked the penis size of men from all over the world
Matt Czuchry says he knows who the father of Rory’s baby is on Gilmore Girls
You may also like
2 days ago
Schools could reopen for children with special needs next week
2 days ago
Pet foods recalled after 70 dogs die in US
2 days ago
Irish people are smoking more since start of pandemic, says study
2 days ago
When will lockdown end in Ireland?
3 days ago
The women of Ireland have always deserved better
3 days ago
Taoiseach Micheál Martin issues apology to Mother and Baby Homes survivors
Next Page