This is so frightening.

It's been reported that ISIS secretly executed journalist Ruqia Hassan and hacked into her Facebook account to trick her friends and family, keeping her death a secret for three months.

Thirty-year-old Ruqia, who went by the pen name Nissan Ibrahim, was killed in September after being accused of spying for the Free Syrian Army, according to The Independent.

END_OF_DOCUMENT_TOKEN_TO_BE_REPLACED

The Islamic State have claimed the Syrian city of Raqqa as its capital, and activists and groups like the Free Syrian Army who oppose this, are targets of ISIS.

In the three months between her death and it being reported, the terrorist group hacked her Facebook account, posing as her to gather information from her friends and family about other journalists and activists.

However, her death has now been confirmed by activist group  Raqqa is Being Slaughtered Silently, with one of the group's members tweeting her last words.

1-the last words from Nissan Ibrahim Syrian activist who got executed by #ISIS was " im in Raqqa and I received pic.twitter.com/LNUHad0aYm

#Raqqa 3-I live in Humiliation with #ISIS#RIP Nissan 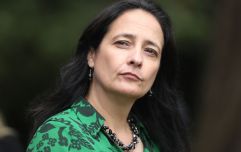 END_OF_DOCUMENT_TOKEN_TO_BE_REPLACED

Hassan, who had studied philosophy, had been an active Facebook user before her death.

When ISIS tried to ban wifi hotspots in Raqqa, Hassan posted a status which read:

Go ahead and cut off the Internet, our messenger pigeons won't complain."

However, after her public Facebook posts stopped in July, members of the militant group reportedly used her account to send messages to her friends and family.

popular
Irish girls name was the most used Irish name in the United States last year
Met Éireann issues Status Yellow rain warnings for five counties
Aer Lingus apologises for multiple cancelled flights to and from Dublin Airport
Love Island fans want Ekin-Su's family to get a reality show following Aftersun appearance
5 simple ways to build a more positive mindset, according to an Irish therapist
Woman saved from hostage situation after leaving note on food delivery order
Vicky Phelan "holding her own" as she shares health update
You may also like
1 month ago
Gogglebox star Mary criticised over Boris Johnson comments
2 months ago
Irish influencer Claudine Kehoe welcomes her first child
3 months ago
Kanye West has finally been suspended from Instagram
5 months ago
Woman tests positive for Covid mid-flight, isolates for 5 hours in bathroom
6 months ago
Everything you need to know about Instagram's new 'take a break' feature
7 months ago
Woman recalls giving birth to surprise baby after cryptic pregnancy
Next Page