James Corden has criticised fellow US talk show host Bill Maher for saying that fat-shaming should "make a comeback".

"We have gone to this weird place where fat is good. Fat shaming doesn't need to end, it needs to make a comeback." 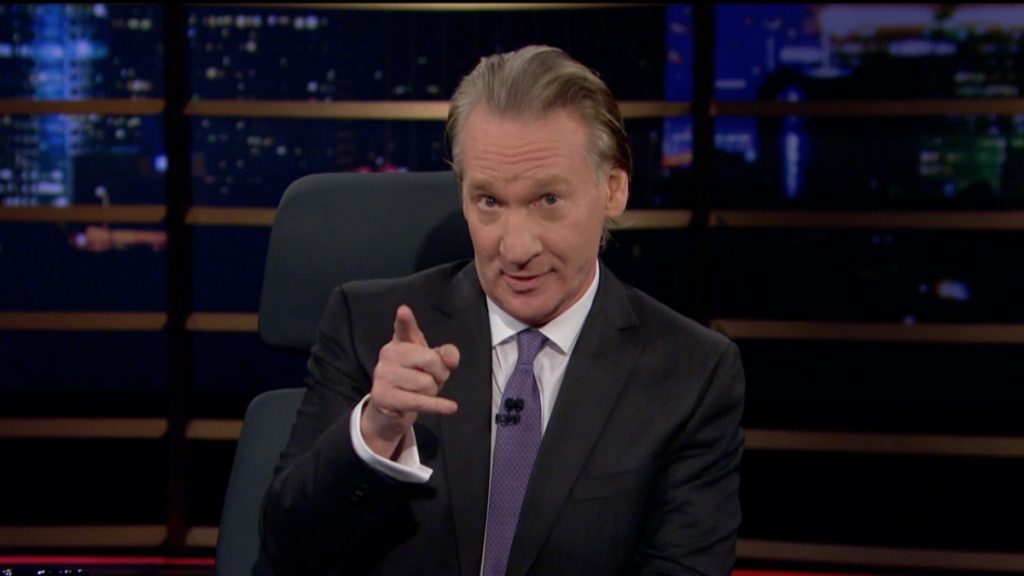 END_OF_DOCUMENT_TOKEN_TO_BE_REPLACED

James took issue with the comment on his own show, calling fat-shaming "bullying" and saying that fat-shaming is everywhere.

In a witty and self-deprecating takedown, he joked that not everyone is lucky enough to have "a sense of superiority that burns 35,000 calories a day" and blasted the misconception that fat people are "stupid and lazy."

"Fat-shaming never went anywhere,” he said. "Ask literally any fat person. We are reminded of it all the time. On aeroplanes, on Instagram, when someone leaves a pie on the windowsill to cool”.

"There’s a common and insulting misconception that fat people are stupid and lazy and we’re not. We get it. We know. We get it that being overweight isn’t good for us. And I’ve struggled my entire life trying to manage my weight and I suck at it. I’ve had good days, and bad months.

"We’re not all as lucky as Bill Maher. We don’t all have a sense of superiority that burns 35,000 calories a day. I kid because I love Bill. I sincerely believe that what you think you’re offering here is tough love and you’re just trying to help by not sugar-coating the reality for fat people. Even though you know how much fat people love sugar-coating things.

"We’ve come up with this term ‘fat-shaming’, we’ve made a name for it. Let’s be honest, fat-shaming is just bullying. And bullying only makes the problem worse.

"Bill, please hear me when I say this: while you’re encouraging people to think about what goes into their mouths, just think a little harder about what comes out of yours.”

James has been praised for taking control of the narrative around fat-shaming, while many fans thanked him for using his platform to speak up.

Thank you for this James. Finally someone that stood up for us.?❤

Thank you for this James! I’ve been struggling with my weight my whole life, and after a really rough week, I can’t thank you enough for speaking to this. I have never related so much to anything in my life, and it really does help to know I’m not alone in that feeling.

I’m 38. Been struggling my whole life. Thank you for standing up. Hugs and well wishes. ?

So eloquent. Well done. I've struggled with people's attitude about my figure for two and a half decades. I'm actually happy with the way I look but it's a shame others feel the need to chip away at others confidence...oooh, chips!!

popular
Tesco is refunding 27,000 customers after overcharging them
The First Quadrillionaire? Paypal Accidentally Gives Man $92 Quadrillion
At least seven bodies have been found in search for Brian Laundrie
Someone has ranked the penis size of men from all over the world
Here's what happens on every day of your menstrual cycle (roughly)
How to INSTANTLY unblock your stuffy nose (we swear this works)
So are we dating?... 10 signs it's time to define your relationship
You may also like
4 months ago
WATCH: The Friends cast do James Corden's Carpool Karaoke - with a twist
7 months ago
Prince Harry praises Netflix's The Crown, says it's "loosely based on truth"
8 months ago
Prince Harry is going to be on Carpool Karaoke soon, apparently
1 year ago
'This looks bad' James Corden comes clean on Carpool Karaoke controversy
3 years ago
The trailer for the new season of Carpool Karaoke is out and OMG, so good
3 years ago
YES! It looks like we might be getting a Gavin and Stacey reunion
Next Page