There are plenty of things you should correct people for.

Getting your name wrong is one of them. Using a racial slur is another. Using inappropriate or sexist language is also another thing that should definitely be addressed when it happens. 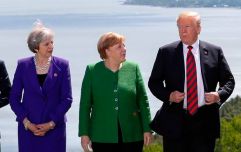 END_OF_DOCUMENT_TOKEN_TO_BE_REPLACED

However, there are some things that generally aren't corrected mainly because they aren't offensive, necessarily incorrect, and honestly just don't need to be.

One of those things is the word "mankind."

Most people are in agreeance that mankind is a grand word and that we generally don't really give it much thought.

Some people, however, seem to think the opposite. 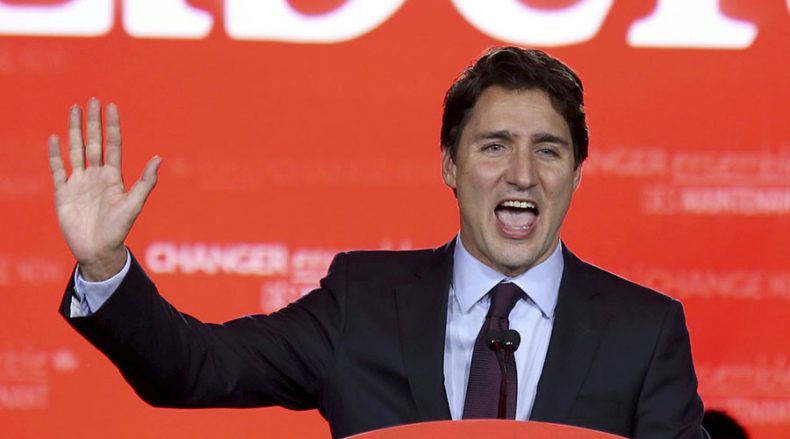 One of those people is Canadian Prime Minister Justin Trudeau and he has been ripped into for it too.

The other day, Trudeau was attending a Q&A sesh in MacEwan University in Edmonton when a woman in the crowd asked him a question about religious charities.

She said the word "mankind" before Trudeau cut her off to say: "We like to say 'peoplekind,' not necessarily mankind because it's more inclusive."

You can watch the clip here:

Justin Trudeau correcting a girl for saying "mankind" because it's offensive is truly amazing pic.twitter.com/SDCcpSXhkB

Not exactly the most controversial of exchanges between the two parties, all considered. 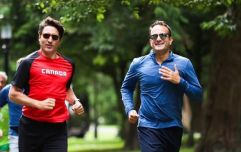 The Leo/Justin bromance continues with... a jog in the Phoenix Park

END_OF_DOCUMENT_TOKEN_TO_BE_REPLACED

That being said though, people still couldn't get over the fact that Trudeau had interrupted a woman to tell her not to say the word 'mankind.'

And even though the woman herself later said she wasn't offended at all by Trudeau's remark, that didn't stop people from absolutely ripping him to shreads on Twitter.

"People" is plural for "person."

See what I see?

Per-SON is a gendered term, and therefore, "people" is too.

The correct term, if we do elect to use it, is:

For the sake of 'peoplekind', please learn these new politically correct terms so Justin Trudeau doesn't scold you #cdnpoli pic.twitter.com/SKXfEas1lz

Trudeau has since apologised for his "dumb joke" and said that he shouldn't try to be funny when it can be taken out of context.

“You all know that I don’t necessarily have the best of track records on jokes. I made a dumb joke a few days ago that seems to have gone a little viral.

“It played well in the room and in context. Out of context it doesn’t play so well and it’s a little reminder to me that I shouldn’t be making jokes even when I think they’re funny.”