Koala rescued from Australian bushfire has died from his injuries

Last week, in the depths of hugely dangerous and destructive bushfires in Australia, a video has emerged this week of a woman endangering herself to rescue a scorched koala.

The local woman, who told Australia's Nine News her name was Toni, rescued the stricken animal and poured water on it to cool it down.

You can watch the video here:

Unfortunately, earlier today (Tuesday 26 November), the Koala Hospital in Port Macquarie took to Facebook to share the news that the koala bear had succumbed to its injuries: 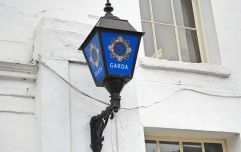 END_OF_DOCUMENT_TOKEN_TO_BE_REPLACED

"Today we made the decision to put Ellenborough Lewis to sleep. We placed him under general anesthesia this morning to assess his burns injuries and change the bandages. We recently posted that 'burns injuries can get worse before they get better'. In Ellenborough Lewis's case, the burns did get worse, and unfortunately would not have gotten better. The Koala Hospital's number one goal is animal welfare, so it was on those grounds that this decision was made. We thank you for your ongoing support."

Over the weekend, it was reported that in light of the bushfires, koalas have been declared "functionally extinct" after bush-fires destroyed 80% of their habitat.

Experts have said that Australia's current bush-fires and severe drought have been detrimental to the country's koala population, much of which has had to be rescued from the wild.