As well as his role in The Little Mermaid, Wright was a two-time Tony nominee.

Actor and musician Samuel E. Wright has passed away at the age of 74.

Wright's daughter Dee told The Hollywood Reporter that her father died peacefully at home on Monday. Three years ago, he was diagnosed with prostate cancer. 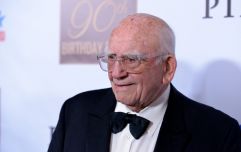 Tributes paid after death of Up and Elf's Ed Asner

END_OF_DOCUMENT_TOKEN_TO_BE_REPLACED

The actor was best known for voicing Sebastian The Crab in The Little Mermaid films. He performed lead vocals on Under The Sea, which won Best Original Song in the 1990 Oscars.

In 1991, the actor spoke about his performance of Sebastian.

He told Entertainment Weekly: "Sebastian has given me what I've always wanted as an actor, and that's immortality.

"As far as I'm concerned, that's why I'm in the business. I want the whole world to love me, to remember me forever."

While audiences will be most familiar with his role as Sebastian, Wright also enjoyed an established career on the Broadway stage.

“Look at the stars. The great kings of the past look down on us from those stars.” Rest In Peace, Samuel E. Wright | 1946 – 2021
Original Broadway Cast, Mufasa. pic.twitter.com/MDuQAZJalZ 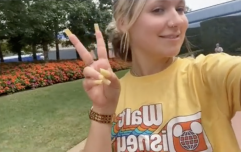 END_OF_DOCUMENT_TOKEN_TO_BE_REPLACED

In the 1970s, Samuel appeared in Jesus Christ Superstar, Pippin and Two Gentlemen of Verona.

In 1984, he received his first Tony award nomination for his performance as William Sheridan in The Tap Dance Kid.

Over 10 years later, Wright originated the role of Mufasa in Disney's The Lion King on Broadway. He received his second Tony award nomination for this performance.

In the 2000's, he reprised his role as Sebastian in the Little Mermaid sequels; Return to the Sea, and Ariel's Beginning.

Earlier this morning, The Lion King on Broadway lit up their theatre and paid tribute to Wright in their display.

On Twitter, they shared an appropriate quote from the musical to honour him: "Look at the stars. The great kings of the past look down on us from those stars."

popular
Love Island's Adam Collard and Paige Thorne are "on a break"
Here are the baby name trends set to dominate 2023
Maisie Williams speaks about "traumatic" relationship with father
Irish twins featured by Gucci during Milan Fashion Week
5 delicious brunch spots around Ireland to try out on your next trip with the girls
Netflix's Dahmer series' inaccurate key detail changes everything
Doctors move young girl to Dublin hospital after Co. Clare incident
You may also like
4 months ago
Pirates of the Caribbean creators not ruling out Johnny Depp's comeback despite trial
4 months ago
Zac Efron has just teased a High School Musical reboot
5 months ago
Disney's Irish Disenchanted scenes set to be reshot after mixed reviews
6 months ago
Disney is looking for a student in Ireland for a new internship
6 months ago
WATCH: Sebastian Stan on his "terrifying" new movie, Fresh
6 months ago
A new tell-all Pamela Anderson Netflix documentary is coming
Next Page