The vast majority of men and a significant proportion of male students experience sexual harassment during their time in college in Ireland.

A new survey shows that 70 per cent of female third-year students said they'd been subject to sexual hostility or crude gender harassment since starting college.

The survey also found that 40 per cent of students see consensual drunk sex as a normal part of university life.

The research was carried out among 2,150 students by the NUI Galway SMART Consent team.

The majority of those surveyed also said the sex education they got at school was inadequate. 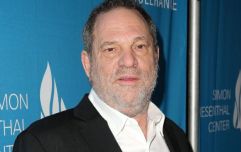 END_OF_DOCUMENT_TOKEN_TO_BE_REPLACED

Seventy-one per cent of women and 63 per cent of men said they were dissatisfied with what they were taught in secondary school when it came to sex.

These figures are included in a report called 'Are Consent Workshops Sustainable and Feasible in Third Level Institutions?'.


popular
Harvey Weinstein found guilty of criminal sexual act in the first degree and rape in the third degree
These €20 Zara trousers are seriously comfortable and they come in three colours
The comfy €42 M&S boots we're going to be living in all spring
Why you shouldn't put your address on your luggage when going on holiday
Irish citizens advised not to travel to parts of Italy affected by coronavirus
'Be A Lady, They Said!' You need to watch this incredibly powerful video about being a woman
No chemical peel needed: 7 easy ways to achieve the glowing skin of your dreams
You may also like
7 hours ago
Jason Davis, who voiced Mikey Blumberg from Recess, has died at the age of 35
8 hours ago
Love Island pay special tribute to Caroline Flack with 'through the years' montage video
1 day ago
'Absolutely empowering' Meet the women exploring trauma through film in Ireland
2 days ago
Fair City's Will Casey returns to Carrigstown on Sunday night
4 days ago
'I think his spirit was visiting me': Riverdale's Lili Reinhart shares her sweet dream about Luke Perry
4 days ago
Making a Murderer lawyers to host a new true crime podcast about wrongful convictions
Next Page