Man dead after being hit by Luas in Dublin

A man has died after being hit by a Luas tram in Dublin.

The unidentified pedestrian was struck by the tram at around 11.55 close to the Kingswood stop on the Luas red line in south-west Dublin, reports the Irish Times.

Luas services were temporarily stopped between the Red Cow and Tallaght/Saggart stops after the accident.

Trams are now back running as normal in the area.

The man's body has been taken to the city morgue. 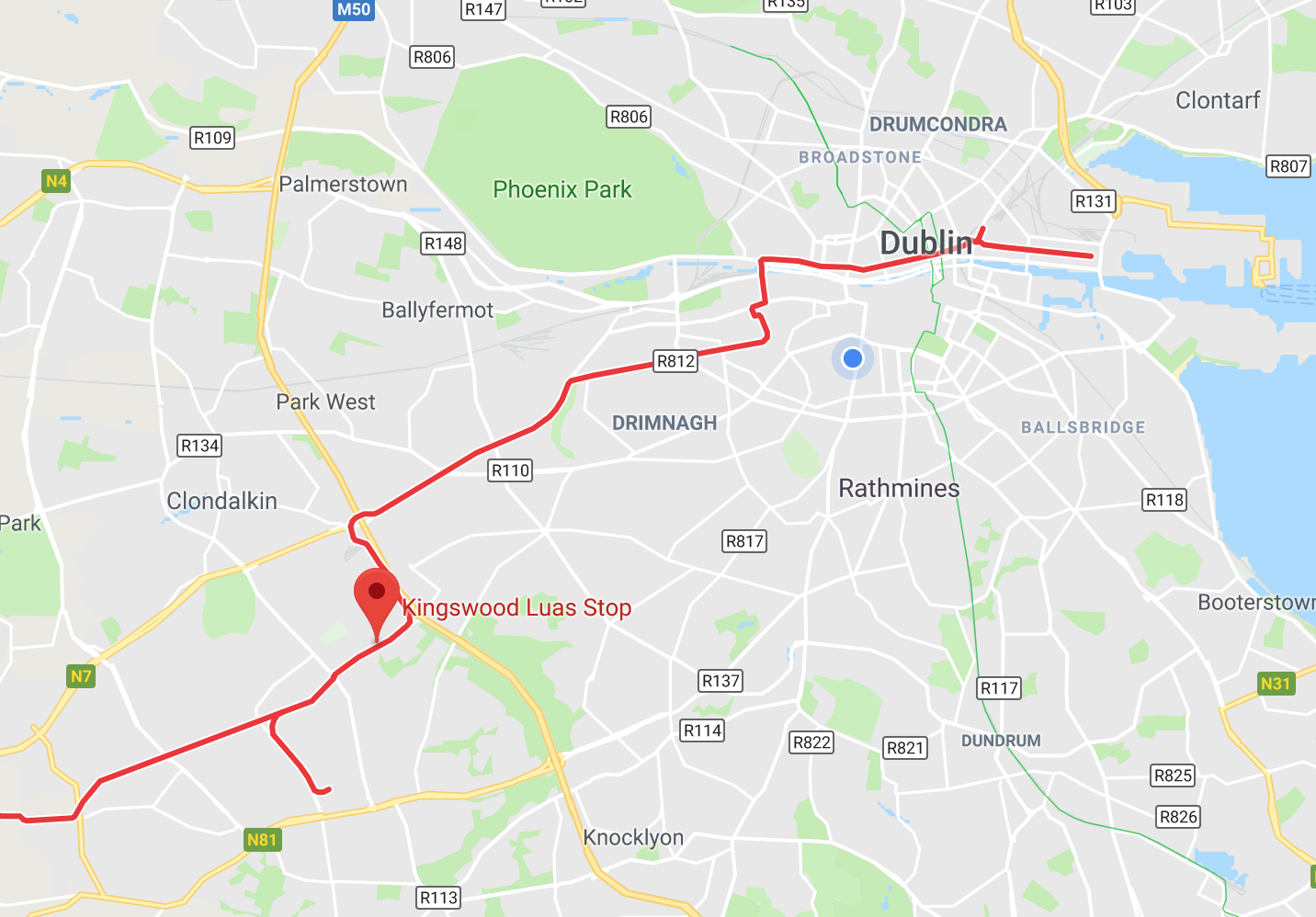 In a statement, Gardaí said that they are investigating.

"Gardaí attended the scene of a collision between a pedestrian and the Luas at the Kingswood red line Luas stop at approximately 11.55p.m. on Monday. March 11.

"An unidentified man was struck on the Luas line and his body has been removed to the city morgue.

It comes less than a month after a similar death on the city's Luas lines.

Tallaght woman Patricia Quinn, a mother of five in her early 70s, was killed when she was hit by a Luas tram while crossing between Cookstown and Tallaght Hospital in February.

popular
At least seven bodies have been found in search for Brian Laundrie
Tesco is refunding 27,000 customers after overcharging them
Gogglebox's Paige Deville never wants to speak to mum again after quitting show
The First Quadrillionaire? Paypal Accidentally Gives Man $92 Quadrillion
Three month sentence of Garda for domestic violence is "appalling" says Women's Council
CONFIRMED: Nightclubs to open at 100% capacity, 11.30pm curfew has been removed
Here's everything you can *actually* do in a nightclub this Friday
You may also like
1 day ago
Notebook and backpack belonging to missing Brian Laundrie found alongside human remains
1 day ago
Police investigating viral video of child being 'forced' to have ears pierced in UK
2 days ago
Police launch investigation after woman "spiked with needle" in UK nightclub
2 days ago
Irish fashion designer hit with abusive and threatening messages on Instagram
2 days ago
Domestic abuse survivors offered $5,000 to help leave abusers in Australia
2 days ago
Man arrested after woman raped on train as passengers filmed it
Next Page