Yesterday, Bill and Melinda Gates announced that after 27 years of marriage, they are getting a divorce.

In their statement, they confirmed that they would continue to work together on their philanthropic venture, the Bill & Melinda Gates Foundation. 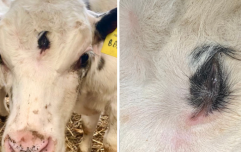 END_OF_DOCUMENT_TOKEN_TO_BE_REPLACED

Bill Gates shared a joint statement from the couple on social media yesterday:

"After a great deal of thought and a lot of work on our relationship, we have made the decision to end our marriage

"Over the last 27 years, we have raised three incredible children and built a foundation that works all over the world to enable all people to lead healthy, productive lives.

"We continue to share a belief in that mission and will continue our work together at the foundation, but we no longer believe we can grow together as a couple in this next phase of our lives.

"We ask for space and privacy for our family as we begin to navigate this new life." 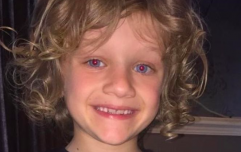 END_OF_DOCUMENT_TOKEN_TO_BE_REPLACED

Melinda married the Microsoft founder in 1994. Melinda had been working at the technology company when they met. With an estimated net worth of $130 billion, the couple were one of the wealthiest couples in the world. They have three children together: Jennifer, Rory and Phoebe.

The couple launched the Bill & Melinda Gates Foundation in 2000. The foundation, which is the largest private foundation in the world, holds $46.8 billion in assets.

The main goal of the organisation is to enhance healthcare, reduce poverty and promote education around the world.

In 2008, Bill Gates stepped down from full-time work at Microsoft to devote more time to philanthropy.

Last year, he left his board positions at both Microsoft and Berkshire Hathaway to work solely on his philanthropic endeavors.

Girls With Goals || Her · Ep.161: Feeling Peachy - Sharon Keegan of Peachylean on being an absolute BOSS!
popular
The fashion world is OBSESSED with potato brown right now – and for good reason
QUIZ: Can you beat Ross's quiz in Friends?
Big Brother star left temporarily blinded and scarred after TikTok DIY beauty 'hack'
9 Dublin restaurants with outdoor dining we've already booked a table for
More footage of Tristan Thompson cheating on Khloe has emerged
Woman buys 148 year old house, goes viral after finding secret passage way
Kate Middleton has addressed the rumours that she's pregnant with her fourth child
You may also like
6 days ago
Irish women unite in protest against stringent maternity restrictions
6 days ago
RSA confirm online theory tests to come into effect later this month
6 days ago
People are selling their Penneys appointments
6 days ago
Seven dead following shooting at birthday party in US
6 days ago
Hairdressers warn against no shows as salons reopen across the country
6 days ago
Penneys officially reopens for shopping by appointment
Next Page