The warning will come into effect at 8pm this evening, and will last until 8am tomorrow morning.

The warning will come into effect at 8pm this evening, and will last until 8am tomorrow morning. 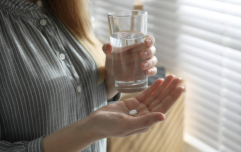 END_OF_DOCUMENT_TOKEN_TO_BE_REPLACED

Met Éireann has said that these counties may expect gusts of up to 100km/h.

The full warning reads: "Southerly winds, veering southwesterly, will reach mean speeds of 50 to 65km/h with gusts of up to 100km/h, higher in coastal areas and on high ground.

Met Éireann has also said that the weather will turn "increasingly windy" throughout the country as the day goes on.

Until then, this afternoon will be generally dry, with some light rain and drizzle developing in parts. The late afternoon and evening will see "strong and gusty" conditions on the southern and western coastal regions.

It'll turn increasingly windy tonight across the country, but winds will be strongest across counties Kerry, Galway and Mayo where a yellow wind warning is in place from 8pm tonight to 8am tomorrow morning ⚠️🌬️

In terms of temperature, Met Éireann has said that today will be "very mild" considering the time of year, with highest temperatures between 11 and 14 degrees.

END_OF_DOCUMENT_TOKEN_TO_BE_REPLACED

As the evening goes on, the south can expect "scattered" outbreaks of rain.

The windy weather is set to continue tomorrow, New Year's Day, with strong south to southwest winds, though these will ease as the day goes on.

Outbreaks of rain are expected, with the Atlantic counties being most affected. The Irish Meteorological Service has also said that lightning is possible.

Temperatures remain mild tomorrow, with highs of 11 to 14 degrees forecast. The east of the country will see some sunny spells as well.

In terms of national outlook, Met Éireann has warned of possible flooding over the next few days. Temperatures are also expected to dip as the mild weather turns colder, bringing with it the possibility of frost and ice.

popular
Traditional names such as Mary, Maureen, John and Michael may soon be extinct
Young mum packs her bags and travels the world with 3-year-old son
Roz Purcell wants people to stop asking when she’s going to have kids
When can we expect the outcome of the Johnny Depp vs Amber Heard case?
Doctors urge women not to follow Kourtney Kardashian's 'semen' fertility advice
The 2 Johnnies share unbelievable catfish ordeal as woman 'targets 40 people'
Two My Chemical Romance fans get engaged at Dublin gig in viral TikTok
You may also like
1 week ago
The Toy Show Musical is looking to cast young girl in lead role
1 week ago
Klarna has got a massive event with huge new deals coming up this month
2 weeks ago
Ireland misses out on making it to Eurovision final
1 month ago
All taxis required to take cashless payments under new proposal
1 month ago
Meet byBorrow - the Irish sustainable fashion sharing platform
1 month ago
Forecaster warns of "unusual" cold Irish weather change in next few weeks
Next Page