#Covid-19: Minister for Education confirms that schools will not reopen immediately after March 29

Joe McHugh, Minister for Education, has confirmed that schools will not reopen immediately after March 29.

Speaking today, he said that the government hopes to have clarity either today or tomorrow on how long schools will remain closed.

The Minister for Education made the comments while speaking on Galway Bay FM this morning.

He said that the Department of Eductation will be "influenced and directed by the health experts" and it's still unknown where we are in terms of the peak of the Covid-19 virus.

At the moment, the big question is whether the Junior Cycle and Leaving Cert exams will go ahead as planned in June and Mr McHugh says he hopes so.

The Minister said that "we owe it to the young people who are studying and putting in the effort to see this through" and that would mean having the exams on the dates that have already been scheduled for this year. 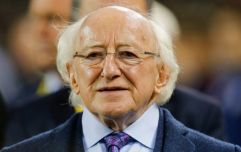 'These are difficult times, but our difficulties will come to an end': President Higgins on coronavirus emergency

END_OF_DOCUMENT_TOKEN_TO_BE_REPLACED

In addition, it looks as though further social distancing recommendations will be introduced across Ireland with Minister for Health, Simon Harris, and Taoiseach, Leo Varadkar, meeting with the country's National Public Health Emergency Team today.

"We won't be making decisions based on Twitter trends or political populism.

"I don't want to overly speculate but I think what we all know is that the two metres needs to be abided by (...) perhaps greater guidance in relation to playgrounds, to public spaces, and to supermarkets too.

"Social distancing isn't just nice to do. It's the difference between saving lives and not."