Multiple red and orange warnings have already been issued.

Met Éireann has issued two further Status Orange wind warnings for the counties of Donegal, Leitrim and Sligo following the arrival of Storm Barra to Ireland.

The first of the new warnings to come into effect is for Leitrim and Sligo and will be valid from 8pm on Tuesday to 8am on Wednesday. 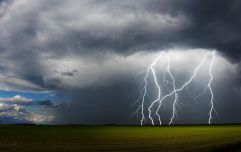 END_OF_DOCUMENT_TOKEN_TO_BE_REPLACED

The second applies to Donegal and will take effect from 2am on Wednesday to 2pm later that day.

"Due to a combination of high waves, storm surge and high tide, coastal flooding is expected," they read.

"Disruption to power and travel are likely."

An Orange wind warning is now in place for #Leitrim and #Sligo tonight and #Donegal early tomorrow as #StormBarra brings widespread strong and damaging winds to Ireland. 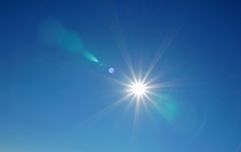 END_OF_DOCUMENT_TOKEN_TO_BE_REPLACED

Met Éireann had previously issued a number of weather warnings in relation to Storm Barra. 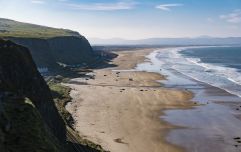 Weather: Parts of the country to hit 30 degrees today in August heatwave

END_OF_DOCUMENT_TOKEN_TO_BE_REPLACED

Also, a Status Orange wind warning is in effect for Clare, Cork, Galway, Kerry, Limerick, Mayo, Waterford and Wexford until 6am on Wednesday, while another is currently valid for Dublin, East Meath, Louth and Wicklow until 1pm on Tuesday.

On top of these, the entire country has been hit with a Status Yellow wind and rain warning, which is in effect from now until 6pm on Wednesday.

Gardaí have warned the public not to make any unnecessary journeys in areas with red or orange weather warnings.

Meanwhile, thousands of homes have been left without electricity as Storm Barra continues to batter the country.

"We believe - all things going well - that this will be a single-day event," she said.

popular
Pop Idol's Darius Campbell Danesh has passed away, aged 41
10 year old trans model becomes youngest to walk in New York Fashion Week
Green Party representative calls for a temporary ban of stag and hen parties in Ireland
Greg O'Shea actually left Love Island to go to his granny's funeral
Scarlett Moffatt slams 'disgusting' pap for sneaking into hotel to take photos of her
Here's how you can get "free money" from Revolut
Stacey Solomon shares tribute to sons who acted as her best men
You may also like
1 week ago
Weather advisory issued as temperatures in Ireland set to soar again
1 week ago
It looks like we'll get two scorching weeks in August
2 weeks ago
Heavy rain persists as summer weather comes to an end
4 weeks ago
Met Éireann issues thunderstorm warning for seven counties
4 weeks ago
The hottest temperature in Ireland in the 21st century has officially been recorded
1 month ago
HSE issues skin cancer warning as temperatures set to boil over
Next Page