MTV has cancelled series 10 of Ex On The Beach.

The popular TV show which was due to air later in 2019 has been cancelled due to the death of Mike Thalassitis.

The 26-year-old Love Island star took part in the 10th series of the MTV show and so, MTV felt it was best to pull the show following the tragic death of the star.

A spokeswoman for MTV broke the news saying:

"We were very sad to hear the tragic news about Mike Thalassitis and our thoughts are with his family and friends.

“Last year, Mike took part in filming for the next series of Ex On The Beach, which was due to air on MTV later in the year.

“In light of the news of Mike’s death, we have decided not to broadcast the planned 10th season of the show.”

END_OF_DOCUMENT_TOKEN_TO_BE_REPLACED

This follows Love Island's statement and review of their aftercare programme to make sure all contestants get proper guidance both mentally and financially post-villa as well as social media training.

This change was brought on by fans and former contestants who hit out at the show for lack of support. 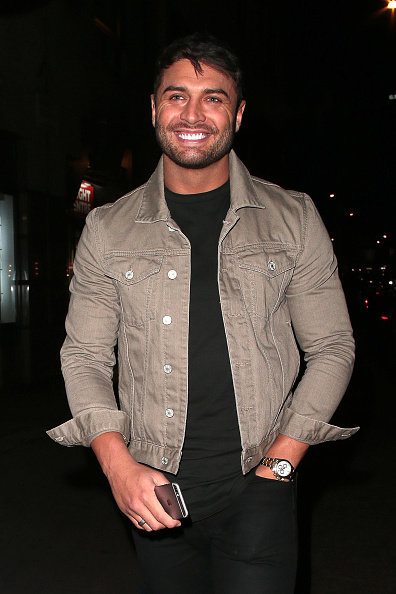 The lack of support was also voiced by British Health Minister Matt Hancock who spoke at a recent health summit in London.

“I am very worried about the support for the mental health of contestants on reality TV shows.

“The sudden exposure to massive fame, I suppose, can have significant impacts on people and I think that it is a duty on any organisation that is putting people in the position of making them famous overnight, that they should also look after them afterwards."

popular
Stevie Nicks leads tributes following the death of Christine McVie
Mollie King announces death of her father just weeks after welcoming her first child
Here are the first four people officially heading onto Dancing With The Stars
Gwen Stefani reportedly pregnant with baby number four
Gifts for Him: 18 affordable presents for your old fella, brother or boyfriend this Christmas
Why Are Men so Obsessed With Boobs? The Answer is Pretty Surprising...
This is the easiest way to determine you may have VIKING heritage
You may also like
18 hours ago
Expecting a baby in December? These are the top Christmas-inspired baby names
18 hours ago
Kendall Jenner and Harry Styles are 'just friends', insider claims
18 hours ago
Opinion: Don't point out your friends' eating and drinking habits this Christmas
18 hours ago
Revealed: The correct date you should be putting up the Christmas tree
1 day ago
Woman left confused after DNA test shows child isn't husband's despite her claims that she never cheated
1 day ago
Gift Guide: 15 unique Irish presents for Him, Her and Kids this Christmas
Next Page