The law could be about to change for drivers.

Plans for new speeding penalties will be brought before Cabinet this morning with the Minister for Transport Shane Ross seeking to impose more severe sanctions on motorists who significantly exceeded the speed limit.

Under the new proposals, motorists who drive at more than 30km/h over the speed limit will face court prosecution, a €2,000 fine, and seven penalty points.

Under the current law, a motorist found to have broken the limit is fined €80 and given three penalty points, irrespective of the speed they were doing.

Under the new proposals, an increasing scale of penalties would be introduced.

If a driver is found to be less than 10km/h over the limit, he faces a €60 fine and two penalty points.

Anyone that's caught speeding between 10km/h and 20km/h over the limit would have to pay an €80 fine and incur three penalty points. 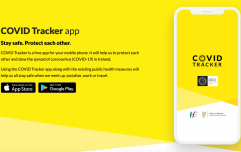 END_OF_DOCUMENT_TOKEN_TO_BE_REPLACED

Motorists caught speeding between 20km/h and 30km/h over the limit will face a €100 fine and four penalty points.

The most severe sanction would be reserved for a person that's driving in excess of 30km/h over the limit, they would face a court prosecution with the prospect of a €2,000 fine and seven penalty points.

popular
Glossier: A first-time buyers guide to this cult beauty brand
QUIZ: How well do you remember The Princess Diaries?
J.K. Rowling has signed an open letter calling for the end of cancel culture
Someone has ranked the penis size of men from all over the world
James Franco Has Opened Up About His Relationship With Lana Del Rey
Our beloved Letterland characters - Where are they now?
Ellie Goulding Just Got Her Revenge On Ed Sheeran Over THAT Break-Up Song
You may also like
2 weeks ago
#Covid-19: Center Parcs Ireland to reopen on July 13
3 weeks ago
Micheál Martin set to serve as Taoiseach until end of 2022, as draft programme agreed
4 weeks ago
Appeal made for information after 14 dogs stolen in Limerick
1 month ago
25 percent increase in domestic abuse calls over the last year
1 month ago
Public urged to take shorter showers as hosepipe ban introduced in Ireland
1 month ago
Dr Tony Holohan: No gaff parties, we're in a pandemic
Next Page