The iconic Nokia 3310 is being relaunched and could be on shelves as early as this weekend, according to the latest reports.

The old blockia is getting a modern remake and will be available for nostalgic shoppers to purchase in the coming weeks.

It's expected that the 2017 version will be lighter than the last model (released in 2000 - 17 YEARS AGO and purchased by no less than 126million people worldwide). 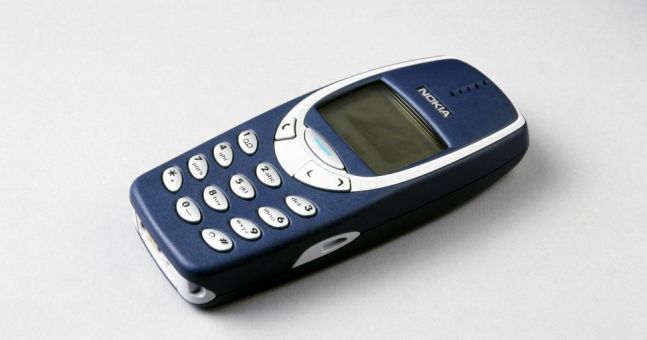 The question was; how much would the new version of the phone cost? Can you put a price on ultra reliability, a tiny screen, years (not true) of battery life and the guarantee that you could run it over in your car and it would still be in perfect (not true) working order?

According to VentureBeat, which first reported on the phone's relaunch, the phone will retail for customers at €59. So it will be at an affordable price.

The 3310 is reported to be one of four Nokia handsets the Finnish company HMD Global is expected to unveil at the Mobile World Congress this weekend.

Will you be buying it?

popular
5 new additions to Netflix to spend your weekend watching
Irish teacher Lucy Lanigan-O'Keeffe is engaged Prince William's best friend, Thomas van Straubenzee
The second season of Dirty John lands on Netflix next week and we’re already hooked
Eight Of The Best Films And Documentaries On 9/11
Staycation: TripAdvisor reveals the top 10 hotels in Ireland for 2020
So, William and Harry have a step sister... and who knew?
Dirty Dancing officially arrives on Netflix today and that's our Sunday sorted
You may also like
3 days ago
Concerns over extradition of Madeleine McCann suspect Christian B
4 days ago
11 new Emperor penguin colonies discovered in Antartica
1 week ago
Bewley's is set to open its doors... again!
1 week ago
Staycation scams: Warning issued for home holiday makers this summer
1 week ago
104 Pandemic Unemployment Payments cut following airport checks
2 weeks ago
Polar bears could be extinct by end of century due to climate change, predict researchers
Next Page