'The numbers are stark': Women's Council hits out at new Taoiseach

"Jobs for the boys."

While news outlets around the world have lauded Ireland's 'first gay leader', Taoiseach Leo Varadkar has come in for harsh criticism for a lack of female representation in the new Cabinet.

Following his announcement of his junior ministers yesterday, it's emerged that of the 34 Ministers in Government, just seven are women.

“It is disappointing that in this 32nd Dáil which houses the highest number of women TDs ever elected, we are not seeing similar increases in the numbers of women in senior decision-making positions.

“Only 18 women have been appointed to Cabinet since Countess Markievicz became Minister for Labour in 1919. This is one woman less than the current number of Ministers for State.” 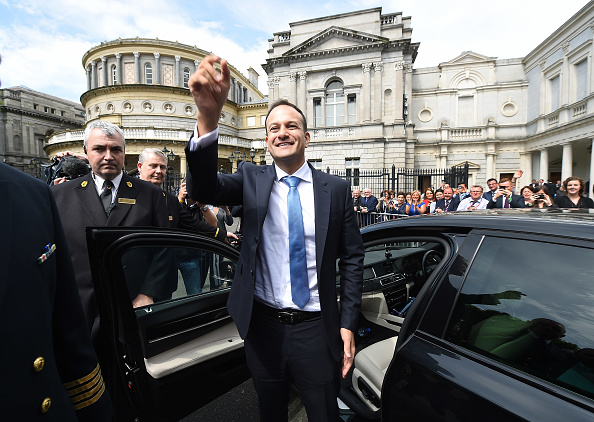 Leo Varadkar at his swearing in as Taoiseach last week.

"Many of us thought that the Taoiseach might use the junior minister appointments today as a means of addressing the imbalance that exists in the Cabinet."

"In the junior Minister appointments, the Taoiseach has missed an opportunity... by not promoting any new women into the ranks of the junior ministers."

The party defended the Taoiseach's choice, saying the line-up was based "on merit".

END_OF_DOCUMENT_TOKEN_TO_BE_REPLACED

"Fine Gael are the party of gender quotas. It is the intention to increase the representation. That has been done already in the Dáil," a government spokesperson told the Irish Mirror.

The female Fine Gael TD who lost a cabinet place in the Taoiseach's reshuffle said she found this argument "very offensive."

“From a gender perspective, it’s very hard to see the numbers [of women] declining in terms of the Cabinet,” Marcella Corcoran-Kennedy told the Irish Times.

One Sinn Féin TD added that this was “no Government for Irishwomen."

“The jobs for the boys, crony culture pioneered by their friends in Fianna Fáil is perpetuated by the so-called ‘new politics’ of Fine Gael and Leo Varadkar," said Kathleen Funchion.

popular
Here's why Nicola Peltz-Beckham's family are suing her wedding planners
Tommy Fury responds to Jake Paul ruining his baby news
Looks like Maura Higgins knew Molly-Mae's baby name this whole time
Love Island's Zara speaks out after being dumped from the villa
Chrishell Stause faced "unbelievable" trolling for relationship with G-Flip
Bachelor Nation star Sarah Herron's baby passes away shortly after birth
Cork influencer Lisa Jordan releases her own clothing line
You may also like
1 month ago
He may be a politician, but Leo Varadkar's personal life is none of our business
3 months ago
Food safety authority issues warning after Leo Varadkar posts meal prep on Instagram
3 months ago
Leo Varadkar advises public to mask up as Covid restrictions debate returns
5 months ago
Defence Forces soldier recovering after collapsing during Taoiseach's Michael Collins speech
7 months ago
We will get through summer without bringing back Covid restrictions, says Varadkar
7 months ago
"Role model" – Leo Varadkar hails Leinster's Nick McCarthy for coming out
Next Page