Older Irish people have an average of €1,320 stolen by fraudsters

33 percent of Irish people say they have lost money to a fraudster.

As part of Fraud Awareness Week, which runs from today (Monday 23 September) to Friday, former Government Minister Mary O'Rourke is urging older people in particular to talk to family and friends about their concerns with potential scams and frauds. 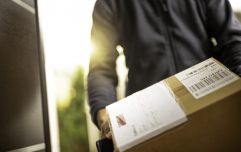 END_OF_DOCUMENT_TOKEN_TO_BE_REPLACED

The statistics release from fraudSMART.ie reveal that over one-in-five older people are targeted once a week, with 22 percent found to be a target for fraudsters on a regular basis.

Older people are more likely to targeted via email, with over 37 percent of the scams contact over-55s that way, but that same age group are more likely to be protective of their PIN at an ATM, with 70 percent actively attempting to hide the numbers they input, compared to 51 percent of young adults.

Mary O'Rourke stated that "I myself have been targeted by scams over the years, from calls to my landline looking to fix a problem with my computer to emails pretending to offer tax refunds.

"My advice, especially for older people, is to learn the warning signs so that you can act at the time.

"My grandchildren are in their teens now and their age group is just as susceptible as mine. It really is an issue that affects all of society, so I am delighted to launch Fraud Awareness Week and be part of the national conversation on such an important topic."

Girls With Goals || Her · Ep.161: Feeling Peachy - Sharon Keegan of Peachylean on being an absolute BOSS!
popular
The DIY frozen coffee recipe that's so delicious you'll never pay for an iced latte again
Women's anger after being told to leave Wetherspoons for wearing "inappropriate" tops
No, you really shouldn't be "dry scooping" your pre-workout powder
5 best road trips to do in Ireland this summer
FM104 apologise for "making light" of voicemail from 4-year-old boy with additional needs
Fashion brand Shein accused of trademark infringement
Chrissy Teigen makes second public apology for "awful" cyberbullying
You may also like
1 year ago
Bank of Ireland warns customers to delete latest scam text from phones immediately
1 year ago
Gardaí warn of phone scam that could cost consumers a "small fortune"
1 year ago
Revolut issues warning to customers regarding a phishing scam
1 year ago
Gardaí issue warning over text message scam focussed on personal bank accounts
1 year ago
Phone users warned about 'scam apps' that are killing batteries
1 year ago
Gardaí and Revenue issue warning over text message scam
Next Page