The former Irish international player has signed with the English team.

Paddy Jackson is to join the English Premiership team Sale Sharks on what is being called a “cut-price” deal.

According to reports in The Telegraph, Jackson has agreed to a deal with the team and is due to sign shortly, with Stuart Olding expecting to follow.

The former Ulster teammates both had their contracts with the IRFU revoked last month after a review into their conduct was concluded.

The two men were found unanimously not guilty of rape in the Belfast trial, and Jackson was also acquitted of sexual assault. 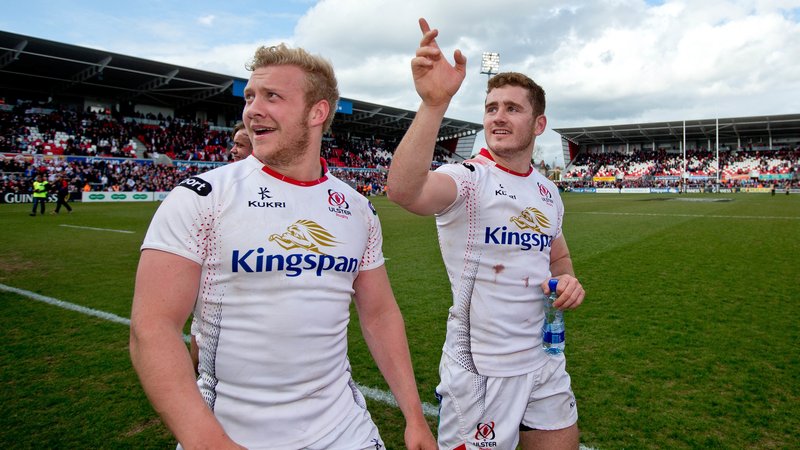 The two men had shared their hopes to return to professional rugby in the weeks after the verdict was announced, however, an online petition called for the men to be subjected to a review with many calling on the IRFU to not reinstate them.

END_OF_DOCUMENT_TOKEN_TO_BE_REPLACED

Both Jackson and Olding had been linked with possible moves to other teams in the UK and in France, however, interest quickly died down.

Reports in The Telegraph claim that Jackson has signed a deal for €230,000 a year which is a €50,000 drop per annum from what he was earning with the IRFU.

Sale Sharks have yet to formally comment on the signing and it is expected an announcement would not be made until June or early July.

popular
Will Smith admits to 'failing miserably' in 21-year marriage to Jada Pinkett Smith
5 new additions to Netflix to spend your Saturday night watching
QUIZ: How well do you remember the 2005 movie Pride & Prejudice
Here's what happens on every day of your menstrual cycle (roughly)
Someone has ranked the penis size of men from all over the world
After days of silence, Scott and Sofia finally comment on the break up rumours
Eight Of The Best Films And Documentaries On 9/11
You may also like
3 days ago
Tom Hanks says that he doesn't have "much respect" for people who don't wear masks
3 days ago
H&M to close 170 stores this year due to dropping sales
4 days ago
Aldi donating non-surplus food to food hub service during Covid-19
5 days ago
International travel restrictions due to Covid-19 are expected to be extended until July 20
1 week ago
Stay or go? Here's what the experts are saying about travelling abroad this summer
1 week ago
Tributes paid to Dr Tony Holohan as he steps back from role to care for wife
Next Page