While Brussels is still reeling after this morning's attacks, some details are becoming clearer.

At least 34 people have lost their lives and dozens have been left injured after a series of attacks this morning on Zaventem Airport and the Maalbeek metro station.

Police are now hunting a men captured in a CCTV still, reported to be among the attackers at Zaventem Airport. 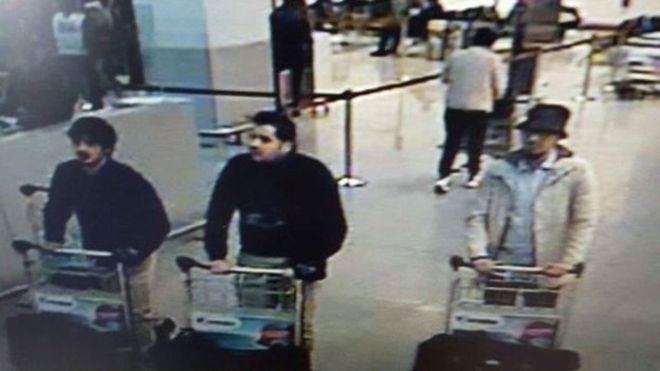 END_OF_DOCUMENT_TOKEN_TO_BE_REPLACED

Brussels police have issued a wanted notice for a man seen pushing luggage in the far right of this photo.

He is pictured here with two other suspects who are believed to have died in the blasts.

Meanwhile the Islamic State group has said that it is behind the attacks in a statement issued on the IS-linked Amaq agency.

According to the BBC, Belgium has raised its terrorism alert to its highest level and three days of national mourning have been declared.