An Post announce that 8,000 of its customers' data has been breached

More than 8,000 customers have been affected.

An Post has announced today that some of its customers have been affected by a security breach.

According to the Independent, the breach happened April 2016 and September 2017, and it involved those who asked for their address to be changed in between those dates. 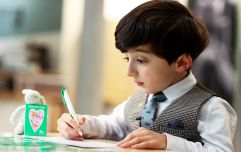 END_OF_DOCUMENT_TOKEN_TO_BE_REPLACED

The publication states that thousands of customers who inputted their new details into the company's mail redirection service were affected, as their information was unknowingly submitted to a file containing details from customers who gave permission for their name and address to be used in external databases.

More than 8,000 customers received a letter stating that their information had been breached.

"Please be assured that Data Ireland never discloses names and addresses from the file they receive from An Post to direct marketing companies."

A spokesperson said: "The matter is now closed. We apologise for any inconvenience or concern that this error may have caused to the customers."

popular
Netflix's true crime series Sins of our Mother is seriously insane
So, William and Harry have a step sister... and who knew?
A Criminal Minds re-boot is happening – and here's everything we know
Why Are Men so Obsessed With Boobs? The Answer is Pretty Surprising...
Meghan Markle's old CV has emerged - and it seems she lies like the rest of us!
This is the easiest way to determine you may have VIKING heritage
Here Are The Top 20 Most Common Pin Codes in The World
You may also like
1 year ago
An Post moves forward last date to guarantee delivery of Christmas presents
2 years ago
Doing a lot of online shopping right now? An Post says it will keep deliveries coming
2 years ago
Here are the latest posting dates to ensure delivery before Christmas 2019
2 years ago
An Post has launched a new “Click & Post” online parcel service just in time for Christmas
3 years ago
An Post to close the Cork mail centre, with 200 people set to lose their jobs
3 years ago
An Post has launched a new postal service for homeless people
Next Page