A shop owner who told his pregnant employee "to look better and appear happy" has been ordered to pay out in a pregnancy discrimination case.

The woman, Karolina Poslajko, will receive €12,000 for gender discrimination, and an additional €6,000 for victimisation. 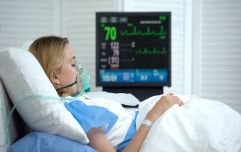 END_OF_DOCUMENT_TOKEN_TO_BE_REPLACED

The case went before the Labour Court after Kildare town-based Clelands Supermarkets Ltd appealed the ruling that Karolina was discriminated against.

In court documents, Ms Poslajko said that her second pregnancy was confirmed in August, and she told her supervisor straight away, as well as giving him a doctor's note.

Later that month, she was called into the business owner's office and reprimanded for her appearance.

She was also told she needs to work harder.

A number of weeks later, the owner called her into his office again and told her her hours would be cut from 39 to 24 because she was not working as hard as the other employees.

Karolina was suffering from morning sickness at the time.

END_OF_DOCUMENT_TOKEN_TO_BE_REPLACED

Her solicitors wrote to Clelands Supermarkets Ltd in July 2015 saying that Ms Poslajko believed that the reductions that had been made because of her pregnancy.

However, a couple of weeks later, she was told that her hours would be cut again because the business wasn't performing well.

She did not have enough money to support her family, and resigned in March 2016.

The owner claimed that he was unaware of her pregnancy and her reduction of hours were completely unrelated.

popular
Paris Hilton says she was "slapped" and "strangled" as a teen in youth care
Someone has ranked the penis size of men from all over the world
Tesco is refunding 27,000 customers after overcharging them
8 things we learned about Adele from her 73 questions with Vogue
Former detective chief says Brian Laundrie discovery is "strange"
Science says this is how many dates you have to go on before you find 'The One'
23 shows with four or more seasons to watch on Netflix
You may also like
3 weeks ago
Stacey Solomon says she "doesn't want pregnancy" to end
1 month ago
Ashley Graham tells fans she's expecting twins in touching video
1 month ago
Terrie McEvoy responds to trolls who commented on her pregnancy weight
1 month ago
NHS guidance suggests pregnant women "make a fuss" of their partners at 22 weeks
1 month ago
WATCH: Man 'simulates' being pregnant, can't get out of bed
1 month ago
If you're pregnant or breastfeeding, here's everything you need to know about COVID-19 vaccines
Next Page