Royal Baby Watch has started in earnest and fans have begun to gather outside the Lindo Wing at St Mary's Hospital in anticipation of a new arrival.

While there has been speculation that a convoy including an ambulance left Kensington Palace this morning, there has yet to be any official confirmation that Kate is in labour and we've been glued to Twitter for all the latest updates. 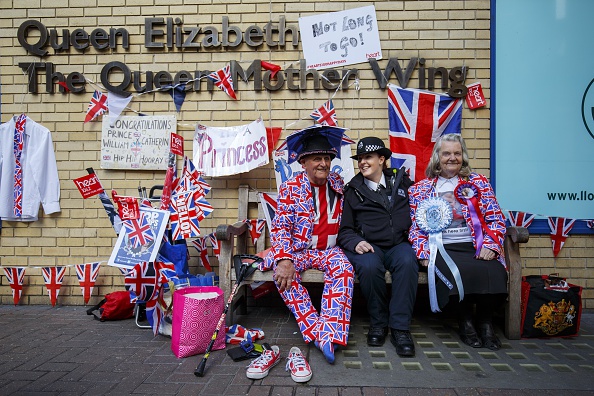 Those waiting outside the hospital received another surprise this morning though, as William and Kate reportedly sent them coffee and cakes to keep them going during the lengthy wait.

popular
Women are rinsing their hair in apple cider vinegar – and the results are amazing
Toddler dies after being struck by vehicle in Co. Cork
New photo of Bernadette Connolly released as investigation continues
Clubbers left "bleeding from their mouths" after accidentally drinking shots with caustic soda
Kate Middleton tipped to replace Prince Andrew in new role
Love is in the air: 3 new fragrances we love – just in time for Valentine's Day
Worried about a loved one? Here are 5 signs of suicide to look out for
You may also like
2 hours ago
Kate Middleton tipped to replace Prince Andrew in new role
2 weeks ago
This is 40! The Duchess of Cambridge glows in 3 stunning new birthday portraits
3 months ago
Richard Madeley under fire for comments about Kate Middleton's waist
3 months ago
Kate Middleton might be getting her own TV show
3 months ago
William and Kate thank Derry community during "inspirational" visit
4 months ago
Prince William and Kate moving family out of London for more 'privacy'
Next Page