R&B singer R Kelly has been arrested on sex trafficking charges, according to American law officials.

Kelly, 52, was taken in to custody on Thursday in Chicago by New York police detectives and investigators with the Department of Homeland Security, and is expected to be taken to New York City.

In a short statement, US Attorney spokesperson Joseph Fitzpatrick said child pornography, enticement of a minor and obstruction of justice were among the 13 charges against the R&B singer, whose real name is Robert Kelly.

Kelly has denied abuse allegations for a number of years.

The arrest marks the second time this year that Kelly has been taken into custody in Chicago on sex charges.

In February, he pleaded not guilty to 10 sex-related charges in Illinois involving four women, three of whom were minors at the time of the alleged abuse. 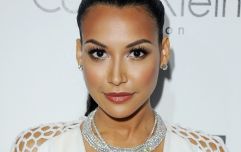 END_OF_DOCUMENT_TOKEN_TO_BE_REPLACED

In June, he pleaded not guilty to 11 counts of sexual assault and abuse, said to have taken place against a victim between the ages of 13 and 16 from May 2009 to January 2010.

It's not clear at this time whether the latest arrest is in relation to previous cases.

popular
People are freaking out thinking that their star signs have changed
QUIZ: Can you guess the TV series from the intro lyrics?
The trailer for The Deceived has dropped, the new thriller starring Paul Mescal
Irish short film 'How To Fall In Love In A Pandemic' long-listed for Oscars 2021
These €40 Lost Stock fashion boxes are helping support factory workers in Bangladesh
5 absolute essentials for when you're having the gals over for a summer evening soirée
YouTuber Hannah Witton on ulcerative colitis, stoma bags, and speaking out
You may also like
1 day ago
Grant Imahara, co-host of Mythbusters, has died aged 49
1 day ago
"What a force you were": Tributes paid to Glee actor Naya Rivera
1 day ago
Body found in search for missing Glee star, Naya Rivera
2 days ago
Katie Price's son Harvey taken to intensive care at risk of organ failure
1 week ago
UPDATE: Gardaí have found 23-month-old Jasmine Arshad safe and well
1 week ago
Broadway actor Nick Cordero dies following Covid-19 complications, aged 41
Next Page